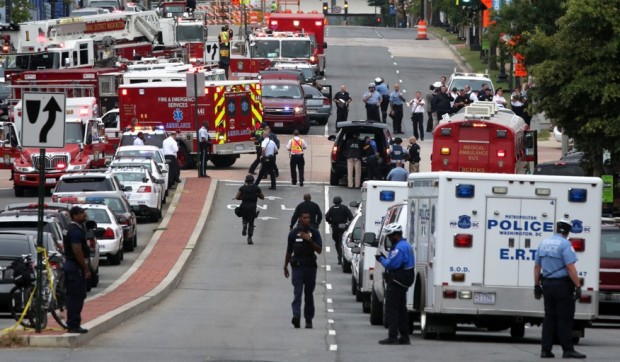 After an event, there’s always a lot of coulda-woulda-shoulda from both people who were there and from people who were not. It’s very easy to get caught up in the idea that we know what would have happened if this or if that. But we really don’t. Hindsight is every bit as limited as foresight. It only does (and only can!) tell us what actually happened, not what would have happened if things had been different.

But even with that, we can figure out some very broad principles based on what has happened at multiple events. For example, we know that most of the time, the attacker will quit (often killing themselves) at the first sign of effective resistance. We also know that this is not always true — and that when it is untrue, it can result in the death of the would-be hero who has rushed in to save the day.

We know that hesitation kills or sometimes cripples the would be good guy.

We know that sometimes, heroes — even unarmed heroes — save lives.

We know that a well-trained person who is armed only with a handgun can sometimes stop multiple, determined attackers who have long guns. (See here for one example.)

We know that most survivors of any mass event are the ones who simply left at the first sign of trouble. They didn’t wait around to indulge their curiosity. They didn’t wait to meet up with friends or family. They may have grabbed others on their way to safety but they didn’t stay to argue if others wouldn’t come. They simply left.

We know that would-be survivors who are hiding and are found are often sitting ducks for the attacker. We also know that sometimes, attackers repeatedly shoot the fallen bodies of their victims, to make sure they are really dead. We know that “playing dead” sometimes turns into real death and that when it does, the victims literally have no chance to change their minds about the strategy they chose.

We know that most experts recommend: Run. Hide. Fight. — in that order. There’s a reason for that.

We know that it makes sense to set up a tactical ambush, so you are prepared to fight from your hiding place.

We also know that in open areas such as shopping malls and large stores, the victims may be able to see the killer actively murdering people from a long way away.

For me, I’ll take the “run, hide, fight” thing. The best thing I can do to survive and help others survive is to get out of the area and deny the killer a chance at more victims. But I’ll also carry a weapon that I absolutely know I can use effectively at up to 100 yards, to hit a man-sized target at that distance. And yes, I’m talking about my everyday carry gun, my little Glock 26 — because it’s not about the guns we carry. It’s about the skills we have to use those guns.

I’d hate to be in a place where I could see murders happening at a distance, but couldn’t trust myself and my equipment to take that shot if necessary.

I’m not going to run to the sound of the guns; I’m going to leave if I can. But if I’m there, if I can’t leave, and if I can see what’s happening well enough to gamble everything I own and everything I am on getting it right — I will do whatever it takes to stop that threat before it gets close enough to kill me and the people I love.

Edited to add: Some folks have expressed skepticism about pistol shots at 100 yards. It’s doable, with appropriate training and good practice; and it can be trusted, with appropriate training and good practice. But I was wrong to use a specific distance, especially a distance that seems so unlikely to so many shooters, because the point really wasn’t about the specific distance nor was it about what I personally can do. It was about knowing — absolutely knowing, not believing, not hoping, but knowing — what we can do with the equipment we carry. Whether it’s 2 yards or 10 yards or 27 yards or far more than that, doesn’t matter nearly as much as knowing what we can trust ourselves to do.