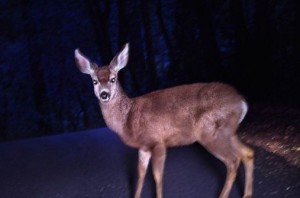 On the Cornered Cat Facebook page, I linked to a very personal story of one woman’s experience with violence. It’s an ugly story, and a compelling one. It’s from Limatunes, and in it, she explains what happened to her shortly after her 18th birthday. You really need to read the whole thing, but here’s a short excerpt:

“He grabbed me by the hair and started to push/pull me from the restaurant…. The only thought going through my head was, “This isn’t happening to me. This isn’t happening to me. Help me!” I was spending more time being astonished that he lied to me and was doing this than accepting that I was in deep trouble. I had absolutely no ability to think or act or call for help. …

As he escorted me through the patrons, I remember looking at them. If my face was pleading, I wouldn’t have known it. If I had to guess I’d say it was as blank as my mind. Frozen solid in disbelief and fear. From the outside the incident may had been a bit odd but not so alarming as to make anyone suspect what was going to happen. I didn’t even know what was about to happen. Maybe I thought he was going to tell me it was over and to go home.

I was still immobile in disbelief and fear when he got me to his van and got me inside. It wasn’t until he put a chain around my neck and locked it with a padlock that the gravity of my situation fully engulfed me.”

(Read the rest of the story.)

When I posted that link on Facebook, some of Cornered Cat’s followers were a little skeptical. One posted her reaction on Fb, and a few others sent me quiet emails behind the scenes. The main question or reaction seemed to be, “How is it that no one in the restaurant knew what was going on? And why wouldn’t you call out or cry for help when there were so many people around?” One of the emails ended with, “It makes no sense.”

First the easy part: the people in the restaurant did not react and stop the abduction, because they did not realize an abduction was happening. Because the victim got locked into a frozen reaction, she very literally could not struggle or cry out for help. Because she did not call for help, and because she did not struggle, the people around her did not realize she was in trouble. They probably thought it was just a minor argument, if they thought anything at all. After all, she left with him.

But that leads us to a bigger question: Why did she freeze? Why does anybody?

Freezing is a very, very common reaction to deadly danger. It is not a failure in the victim’s character or personality, but a simple survival response that our bodies learned to produce long ago. Here’s a quote from a very excellent book. The book title is, The Unthinkable: Who Survives when Disaster Strikes – and Why, and it was written by Amanda Ripley. (Highly recommended reading.)

“Under certain conditions, on burning planes, sinking ships, or even impromptu battlefields, many people cease moving altogether. The decisive moment arrives, and they do nothing. They shut down, becoming suddenly limp and still. This stillness descends involuntarily, and it is one of the most important and intriguing behaviors in the disaster repertoire. It happens far more often than, say, panic…. If it is the most common behavior in the survival arc, paralysis is also among the least understood.”

We already knew that part: some people freeze. But it turns out other animals freeze, too. The book continues with the story of a researcher who focused on how animals react to extreme fear:

Gallup found that paralysis could be induced in all kinds of creatures – in every single one he tested, in fact. “In a nutshell, it’s been documented in crustaceans, amphibians, frogs, lizards, snakes, birds, even mammals – wild boars to cows to primates to rats to rabbits.” Every animal seemed to have a powerful instinct to utterly shut down under extreme fear. All you had to do was make sure the animal was afraid and trapped. The more fear the animal felt, the longer it would stay “frozen.”

It might seem like a bad idea to go limp and calm while a lion is mauling you like a chew toy. To an observer, paralysis can look a lot like a failure – as if the paralyzed animal has simply gone into shock or given up. But that would give the victim too little credit. After decades of study, Gallup has come to have enormous respect for the paralysis strategy.

Animals that go into paralysis have a better chance of surviving certain kinds of attacks. But why? Why would surrender lead to survival? Wouldn’t it tend to lead to certain death? … A lion is more likely to survive to pass on its genes if it avoids eating sick or rotten prey. Many predators lose interest in prey that is not struggling. No fight, no appetite. It’s an ancient way of avoiding food poisoning.

So that’s it for animals: sometimes they freeze as a response to extreme fear and feeling trapped. But what about humans?

Rape victims sometimes undergo something similar. About 10 percent of female sexual assault victims later report that they experienced extreme immobility during the attack, according to multiple studies by Gallup and his colleagues. A stunning 40 percent said they remembered having some kind of symptoms of paralysis – feeling ‘frozen,’ or oddly impervious to pain or cold, among other symptoms. That’s actually slightly higher than the percentage of sexual assault victims who report that they tried to fight back or flee their attackers. In other words, paralysis may be a more common response to rape than fight or fight. Unfortunately, rape victims do not usually understand what they did. Many go on to experience extreme remorse because they think they simply surrendered to their attacker, Gallup has found. “They don’t realize that what they did may have been a very adaptive reaction.” Paralysis can also make prosecution of the rapist much more difficult, since the lack of struggle may look a lot like consent.

Strangely, we have tended to dismiss our own paralysis as a kind of embarrassing meltdown, while ascribing all kinds of more interesting motives to birds. But everything we have learned from animal research suggests that it is a hardwired, adaptive response that serves a very specific purpose.

Some people, like some animals, are clearly more likely to freeze. The behavior is built into their fear response. … The more important point, perhaps, is that the brain is plastic. It can be trained to respond more appropriately. More fear, on the other hand, makes paralysis stronger. … Less fear makes paralysis less likely. … So it makes sense that if we can reduce our own fear and adrenaline, even a little bit, we might be able to override paralysis when we need to.

Again, that extended quote above came from Amanda Ripley’s book The Unthinkable: Who Survives when Disaster Strikes – and Why.

What does all this mean? It means that a ‘freeze’ response to extreme danger isn’t some kind of personal failure. It’s just something that some people do under that kind of stress.

By this point, you may be feeling a little trapped yourself. If this kind of reaction is so common, and so hard-wired, how can we possibly escape it? Is there anything we can do when something terrifying happens to us, to break out of that cycle?

Let’s start at the beginning, and see if there are ways to perhaps avoid the frozen response to danger. According to some researchers, the freeze reaction only gets going when there are two factors involved. The first factor is fear. The second factor: feeling trapped, unable to escape. Here’s what one researcher has to say about that one. He calls it tonic immobility. “Tonic immobility is an adaptive response when one does not perceive the possibility of escaping or of winning a fight.” (Emphasis mine.)

So if you don’t feel an extreme level of fear, you probably won’t really freeze. Huh – that does not help us much. We’re talking about situations where your life is in serious danger, after all. Fear would be a perfectly reasonable response to this type of unreasonable situation. On the other hand, we’re always more fearful of things we don’t understand or have never pictured happening before. Learning a little bit about how violence develops (which is what you’re doing right now) can reduce extreme fear to more manageable levels, even in extreme situations. So can positive visualization, such as watching videos of criminal events and using those videos to picture your own successful response to a violent crime.

The other way to reduce the likelihood of a freezing reaction is to reduce or avoid the feeling that you are unable to fight back effectively. This can take a lot of different routes, but it may include carrying a gun and learning how to use it. It may include studying a martial art. Anything you do that increases self-confidence in your ability to handle yourself in a dangerous situation can reduce the chances that you will freeze in the first place. It can reduce the nature and intensity of a freeze if it does happen.

Even if a freeze does happen, there are ways to break out of it if you have learned how to do it. Since this one has already gotten too long, I’ll cover that in another post. Let me sum up very quickly what we’ve learned from the good sources above: