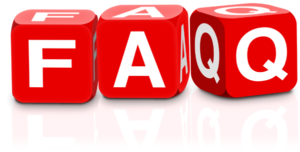 Question: I am a woman, why should I care about Violence Dynamics?

Answer: Violence and conflict are pervasive and often oppressive facts of the human condition. It behooves everyone to understand the parts of the world that can harm. Knowledge is power. One of the biggest dangers, for all people, is the tendency to extrapolate from the known to the unknown. Most violent encounters stem from social conditions, and we all have some expertise there. But when those skills are attempted in an asocial setting, they will backfire. Sometimes your default programming will be actively used against you. And, if you survive, that can have devastating psychological impact. It offends me that we send young adults out into the world not knowing that there are different types of violence and with tools for only one kind. It would be like teaching children in a tropical fishing village about sharks and never telling them that tigers exist as well and you can’t be safe from tigers by getting out of the water.

Question: I am an experienced martial artist, why should I care about Violence Dynamics?

Answer: There are two reasons. And it may not apply to you, everyone is different, but:

#1) in martial arts, you will get people who have studied for decades on how to handle an attack from a bad guy, but have never spent a day studying how bad guys actually attack. Would you consider going to a doctor who had only studied surgery and drugs but had refused to study anatomy, injury or illness? Would you consider taking your car to a mechanic who had every tool imaginable but didn’t know what an engine looks like? Only in martial arts will you get high-level instructors who have memorized answers but refused to look at problems.

But don’t worry about it. Most of the surviving martial systems were designed by brilliant people who lived in violent times. An understanding of Violence Dynamics won’t replace anything you do, it just tends to make it fit better.

#2) Traditionally, martial arts has been about teaching fighters how to fight other fighters. If you are really interested in helping your students be safe, you might need some background on how to help victim profiles evade hunters. It’s not the same problem and, honestly, it’s not that closely related.

Question: Why would I want to know WHY someone is attacking me? I just want to learn to defend myself.

Answer: No, you really don’t. Physically defending yourself is a last-ditch act of desperation. The threat will be bigger, stronger (or crazy and/or armed) and will get the first move from close range with as much surprise as possible. Trust me, you don’t want to do this. No sane person does. Understanding violence dynamics helps in at least three ways. It can help you prevent anything going bad in the first place. Knowing what kind of places are likely hunting grounds, what victim profile you project, changing that profile– all good things. Second, Violence Dynamics can give you some insight on how to walk away from things or talk your way out– and also the indicators when that isn’t an option. Third, by understanding the different types of attacks, you’ll understand when you are fighting to escape and when to disable, and you’ll understand that those are two very different things.

Question: I am mainly concerned with being sexually assaulted. How does knowing about other types of violence protect me?

Answer: Sexual assault is a label. It’s not a complete narrative, nor is it a complete understanding of the problem. There are different kinds of sexual assault– from the creeper who hangs out in the hallway outside the women’s restroom, to the serial rapist with a very particular victim profile, to the opportunistic rapist, to prep/frat boys holding a sick contest, to the perpetrator who creates a dependent relationship so that he can victimize someone for years without fear of prosecution. And many more. Defined, “sexual assault” would be a list of things necessary to define the crime. That would tell you almost nothing about the perpetrator, certainly not enough to identify, avoid or if necessary defend yourself. Understanding the bad guy is much more useful than simply understanding the mechanics of the crime.

Question: Does this model of Violence Dynamics define all types of violence? Are there any types that are missing?

Answer: When I teach the class in an SD context, I leave out most of the material on Domestic Violence and Date Rape unless I’m specifically asked. I know how the many of the criminals who perpetrate those crimes rationalize their actions and can give some insight on that. But I don’t feel qualified to give a definitive answer and the subject is far too important to make stuff up. And that’s one of the strengths of CRGI. A bunch of intelligent, dedicated, experienced people (possibly including you) are going to look at these FAQs and make them better.

Question: Do all violent incidents fall strictly into one category or the other? Are there any gray areas or overlap?

Answer: Fewer than I originally thought. Understand that the rationalizations absolutely cross over. People who commit purely predatory crimes like to blame the victim. And there are secondary gains, in that someone who did a crime for money will very likely brag about it to his friends for the social points. But the model is very robust and diagnostic.