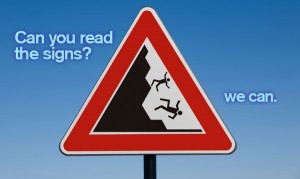 A grab is one of the hardest to block from because one it happens so fast you . Distance is the only sure deterrent to being grabbed. like this video. I use it to break up situations grab one guy and sit him down or get him out of the way. Its a pre-lock movement.

A witness check is a tell like in a poker game. Can be used as a distraction or as an indicator that something bad is going to happen. In both videos you see the hitter looking around , and in both videos you see the one to get hit STANDING TO DAMN CLOSE! Unless you train not to get hit you won’t have the reflexes to avoid or offline the strike. ESP when your involved in a monkey dance. The whole you don’t know me , you know what I can do to you is a waste of time. You see a guy witness checking just hit the motherfucker first. Saves you time and effort and hopefully a hospital or dentist visit.

AGAIN with DISTANCE and Monkey Dance bullshit. Really you let someone that is mouthing get that fucking close to you . You deserve to get knocked the fuck out.

Look its real easy.  Don’t let them within arms or foot distance of you if a situation is occurring step back , get in a ready position and if you get to chance DO something. OHHHH they are bigger than you and you are scared. Well you are a tool using monkey, pick up a tool and use it.

Talking shit to someone who is standing in optimum range is a great way to get knocked the fuck out. As witnessed in this Wind-Up video. Look if your going to play My Monkey Dick is Bigger and More Impressive than Your Monkey Dick be prepared to shit some teeth in the morning. The whole social dynamic of posturing and explaining who you are and what your going to do is completely worthless.

If you have to talk your self into punching him in the mouth then stop putting yourself into that situation and find some better people to hang around with. Throughout this video you see Big Boy prepping the play by positioning himself into the first punch. His entire body language is a SCREAM that his dominance will not be challenged by the tubby fucker in front of him. PLUS if he has already beaten your ass he probably can and will do it again.

Being a asshole.WOW what a concept . You mean that if I act like a total douche nugget in public then someone may challenge me. Oh My God how dare they attempt that. I am amazed to see this type of self important bullshit occur outside a bar but I do on a regular bases. If someone comes into any establishment I am bouncing at and acts that way they will quickly find out why I am there to save them from getting themselves killed.

Most of the time I am force to step in and stop a situation from escalating between individuals where there is a main asshole and a guy that is tired of Main Assholes bullshit. I hate to be the one to tell you Sunshine you ain’t that fucking special and acting like this can and most of the time in certain area will get your ass handed to you.

OK folks, no offence but REALLY pay attention to where your standing and who is standing around you . If someone gets behind you your FUCKED just like the little grandma in this video. She just wandered in an let scum bag get behind her Easy fucking target.

Or the guy who takes off his jacket. (BTW stupid ass amateur move) and let the other guys buddy side swipe him. OK it may not always possible to position your self for optimum movement or defense but you can damn sure open your eyes to the truth that most of you don’t actually see what you are looking at. tunnel vision is all fine and dandy to accomplish goals but don’t do shit for keeping your ass alive.

Crowd Encouragement or as I like to call it. Watching the baboons scream. Here is a prime example of what happens when you get a potentially violent situation that could possibly be shut down before any one got hurt, and add the troop mentality. And no I don’t use the term Tribe or Pack. Nope Baboons gather in a troop and will escalate and intimidate through vocalizations and loud noises.

Don’t believe me look it up on Nat Geo or You tube. All the hollering , screaming , laughing and egging on took a simple monkey dance straight into a fight. People are social primates, they react and respond off of the group dynamic. What does this mean to you, Monkey See Monkey Do sums it up nicely. The guy punched first simply responded to the other gents reactions.

Notice the guy in the white and green sweater put his hand behind him daring the other one to react, when he didn’t he escalated the whole situation by showing aggressive behavior, hands held in front in a threatening manner, aggressive movement forward. Got him knocked the fuck out as one bystander noted loudly.

What pisses me off most is the fucking security standing by and not stepping in to head this off. What does cornrow do he sits back and watches instead of separating and escorting the main aggressor out or at least away. This gives bouncers a bad name. not the violence they do but the stuff they allow.

I had a similar incident several months ago. Two middle age (over 50) men begin monkey dancing about one bumping the other in a crowded bar. I approached both men and told them if they couldn’t or wouldn’t behave a civilized adults I would make them hold hands like children. Both of them puffed up and said I could not do that. To which my reply was It either that or you leave or my preference is I beat the living fuck out of both you bastards. They sat down and pouted the rest of the night.

One of them called the owner the next day and complained to which the owner replied What the Hell do you want me to do He threw me out one night.