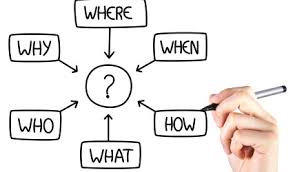 The above quote is common among safety experts. But it applies in spades to avoiding crime and violence. The problem is, most of what you think you know about crime is probably wrong. Or to quote Will Rogers “It ain’t that people are ignorant, it’s just they know so much that ain’t so.”

And, when it comes to violence, the biggest source of what ‘ain’t so’ is Hollywood.

What you see in the movies about crime and violence is one of the biggest reasons why you are vulnerable to it. What you see on the screen gives you an utterly false impression about how it occurs. It is this fantasy version that you will be looking for while the real thing walks right up to you. Hollywood’s one-dimensional portrayal of ‘bad guys’  are what most people are looking for — not the actual danger signals.

Most intelligent people respond to this idea by asserting that they can tell the difference between movies and real life. Unfortunately, in the deepest parts of your brain (often referred to as your lizard or monkey brain) that particular distinction isn’t quite as clear as we’d like it to be. To demonstrate this all we need to do is point towards your reaction to movies. If some part of you didn’t ‘believe’ what you see you wouldn’t get excited, scared, moved or saddened by movies.

Unfortunately, the part of your brain that believes what it sees on the screen is the same one that is looking for danger signals of an impending attack. It’s not hyperbole to say that because they’re looking for the cartoon version of danger, the real thing walks right up to them. A whole lot of people who have been mugged would have said “I know what danger looks like” before they discovered the hard way that they were looking for the wrong things. They’re shocked when the real thing pops up in front of them demanding their wallet, keys … or worse.

The good news is that once you know them, the real signals are as obvious as Hollywood’s.

The Pretense of Innocence

Another contributing factor why it can be difficult to spot a developing crime is deception. It may come as a shock to you, but criminals lie. Deception is not only a way of life with them, but it is an essential component of crime. They act innocent so as not to give you warning what they are up to. It’s not too smart for a bank robber to walk into a bank and declare “I’ll be back in a half hour to rob this bank” — and then shows up a half hour later — is it?

Hiding what he is up to is major component of any kind of crime. It’s only with violent crime that the pretense is dropped early in the process. But even then, it’s dropped only after he has engaged in deception long enough to develop what he needs to successfully attack you.

It makes sense when you think about it. What are the odds of a robber or rapist announcing his intentions before he has gained control of you or the situation?  You’d run away. Or to slowly approach you like a movie bad guy does the hero, oozing evil intent and dripping menace? That would give you time to ready your defenses. (Besides, look how well that approach works out for action movie bad guys. They lose every time.) As it’s a hungry lioness that roars to announce that she’s setting off on the hunt, it’s an unsuccessful criminal that lets you know you’re in danger too soon.

Pretending that the situation is something else (all the while developing the components to attack successfully) is pro forma to crime.

Somewhere in the process the criminal is going to pretend that he is innocently going about his business. The most common robbery strategy is the robber to engage you while posing as an innocent (until he attacks). For personal robberies he engages you by asking mundane questions like the time or for directions. For establishment robberies he’s acting like a ‘customer.’

Although the victim may sense that something is wrong, this pretense of innocence combined with the criminal not acting like a ‘movie bad guy’ is usually enough to let the criminal achieve his goals. The mixed messages he is ‘broadcasting’ creates confusion among people who don’t know what developing crime looks like. That confusion creates the inaction by his victim that he needs to successfully develop the attack.

Until now it probably seems that all the odds are with the criminal. Nothing can be further from the truth. In fact, because of the criminal’s goals he is at a disadvantage. The reason we say this is no matter what form of deception he may attempt, his goals ultimately make him more predictable.

And it is that predictability that you can turn against him and ensure your safety.

Imagine if you will driving to a friend’s home. At first there are probably many different routes you can take. But the closer to your goal that you get, the more you have to turn down this street, go this far and go to this address. If you don’t, you don’t arrive where you want to go.

The same idea can be applied to crime. The closer to the commission of the crime, the more predictable the criminal becomes. He has to do certain things in order to achieve his goal.

This is why we say that crime is a process. Certain component parts must be developed in order for a crime to occur. If one is not achieved, the crime willnot occur. These components are not only necessary for the crime to occur, but they work together. Affect one and you affect all … and the crime itself.

One further point must be made about the development of these components. While each of them may exist individually, they don’t exist together in the same situation except for the commission of a crime. When you see them all together (or someone trying to assemble them), it’s NEVER innocent. And this in spite of any pretense of innocent to cover his actions. The presence (or attempt to develop) these components is the litmus test for danger — not his deception.

The necessity of these components is what makes the criminal predictable. No matter what your decision on use of force, you can use that predictability against him. Once you know the significance of his actions you can derail the process before it turns violent.

The Importance of Pre-emptive Action

It is often the very normalcy and familiarity of our surrounding that blinds us to significance of signals that pending danger broadcasts. To the victim, it just seems like the violence “came out of nowhere.”

In fact, there was plenty of warning, plenty of opportunity to recognize danger signals, dangerous circumstances, but the victim either ignored them, didn’t see them or didn’t recognize their significance. This is where what you “think” you know about crime and violence will blind you to these danger signals.

We have developed the Five Stages of Violent Crime model to help you identify the actual danger signals of an impending crime (see StreetSafe). Not Hollywood’s version. Not a limited model based on fights you might have seen in school, but a broad spectrum of behaviors that tell you someone is developing their attack.

The beauty of the Five Stages system, it gives you an external set of standards to check against someone’s behavior. If the collective behavior is present, you are, indeed, in danger and need to take steps to ensure your safety. And you need to do this no matter *what* the person is saying — since his actions speak louder than his words.

There is no one thing that will tell you you are in danger. This is why the collective checklist is so reliable. A single element might be misconstrued or explained away. However, you will never get the collective presence accidentally. If they are all there, it is intentional.

Once you are aware of these stages they are easily countered by the Pyramid of Personal Safety.