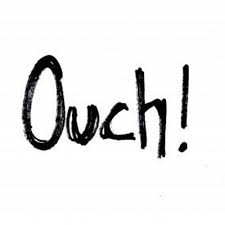 Let’s admit it, women’s self defense is old and tired, it can’t take care of itself, let alone anyone else. What ails it? A dependence on ancient techniques? A blind spot in society? A disconnect between teacher and student? Reluctance to go back to the drawing board?  Or all of the above and more.

Two thousand years ago women’s empowerment, self-actualization and freedom of movement weren’t high on the agenda. That doesn’t explain why we are still stuck. Why aren’t female instructors doing more? And why isn’t there more of a demand? Many women are still guilty of thinking that self defense is the same as kickboxing, or that if the police would just do their job, we wouldn’t need all this crazy violent self defense talk and we could just live our lives.

With a modern overhaul women’s self defense could be a grand tool of autonomy. With kids learning from their parents, or early on in school, we could see a drastic decrease in violence against women, epidemic the world over. If we thought of self defense as a series of mental and physical tools that directly addressed the realities of crime today, we might see things change for the better.

I see a class where, through roll play, women, mothers and daughters learn the simple tells and tricks of emotionally unstable people and hardened criminals, so they can identify behavior before it becomes a problem. Students would learn that a man who insists on helping and won’t give in is disregarding their authority and that any self-respecting person responds to the word “no”. Girls would know the many ploys a criminal might use to begin a conversation, get her to share a ride, or borrow her cell so he can call himself and capture her number for a rainy day. A freshman letting loose her first weeks in college would know that no matter how good-looking a man is he may still be a predator and that although he says he knows her friend he may just be a good listener. A woman would know how to fight like a pitbull using every object in reach as a weapon should anyone ever pull a knife and try to coerce her into a car. She would know the statistics are loud and clear that once she’s in that car she’s going to a place of the criminal’s choosing and there’s very likely no coming back.

Unfortunately those who really need self defense training aren’t getting it. Women only look for answers once they’ve been attacked and need to regain a sense of autonomy as part of the healing process. Or they go to a kickboxing class for exercise and a quick infusion of empowerment. For the record, kickboxing isn’t self defense. Kicking in the air is nothing at all like kicking a man who’s fighting back. Most guys barely notice it when I kick them and I have 30 years of training and break six inches of pine with my side kick.

The study of physical movements without an understanding of context, can be dangerous. False empowerment can cause us to jump into situations we aren’t ready to handle, and a lack of understanding about the before, during and after of an emergency, can mean we get in too deep before realizing we had other options. There is so much more women can do to protect themselves and their loved ones than kick and punch. We need a four-dimensional view of self defense – the mental, emotional, temporal and then finally, pointed physical options as a last resort.

Many instructors will talk about self-defense being ninety percent mental, but that’s not what you get in class. That’s because learning to listen to your own brain whizzing away and cultivating the self awareness the enables you to fix things about yourself that get you into trouble, are much more time consuming and complex than any physical technique could ever be. And because this kind of thinking is difficult to teach, it isn’t being taught. Some of this kind of knowledge is available in sports and military endeavors – a team mentality, watching each other’s backs, understanding aggression, quick decision making in which injury or death is at stake. As such, mostly men have had access to it.

There are an infinite number of possible crime scenarios. No number of physical techniques will answer all the variations. Chess players know there are more combinations of chess pieces on a board than atoms in the universe. Crime is an ever-changing game of strategy that requires constant adaptation. And, life is even more complex. We have to learn to think, to see and to make quick, constructive decisions sometimes under intense pressure.

Women are not only smaller and weaker than their attackers, they are conditioned to react to asocial behavior, like threats, with social behavior, like kindness or self deprecation. A woman might be pregnant or responsible for multiple children. Gangs and fraternities work in teams against unsuspecting and weaker individuals. For all of these reasons women’s self defense can’t just be a different version of men’s self defense, it needs to be a different species. 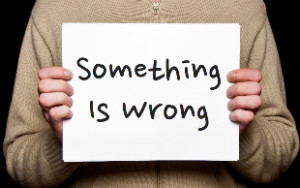 In business, we find our niche first and then create the product around that niche. In architecture, we build the building for what it has to do and the people who have to live or work in the structure. We don’t build a hospital the same way we build an apartment building or a library. The very specific issues women face mean that, to increase our leverage, strength and skill in protecting ourselves, to reach the heights we need to reach to be safe in the world as it is now and to excel, women don’t just need a taller ladder than men do, we need wings.

Here are some things that are wrong with women’s self defense in general:

New Women’s Self Defense should…