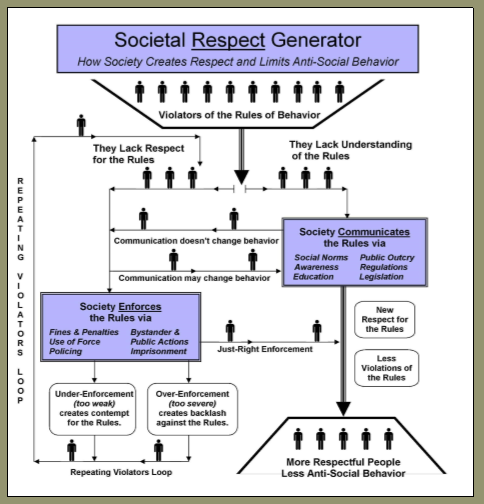 Boundary Setting is the Foundation 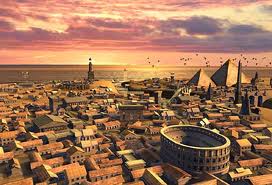 Boundary Setting is central to human development and unfortunately most people are unaware of how it functions. In fact, when asked about Boundary Setting the most common response is that it “has something to do with personal space”, but that is about as deep as it gets.

Boundary Setting is based on the three inter-related concepts of Respect, Communication, and Enforcement. Boundary Setting begins with the establishment of rules. Rules are basically laws and regulations that govern and outline acceptable human behavior. Boundaries are Rules. These Rules can pertain to society as a whole. They can also pertain to the individual in the form of his or her view of acceptable personal behavior. In fact, every entity and organization in society has its own set of Rules that limit and control behaviors. Without these Rules, there is no order. There is confusion. There are misunderstandings and more. Progress is stymied.

Synergy of Respect, Communication, and Enforcement

The 12 Axioms of Respect, Communication & Enforcement

Society has it own Set of Rules. So do organizations, companies, institutions, cultures, neighborhoods, friends, families, genders, individuals, and more. They all have their own rule sets which govern behaviors. Violations of these Rules arise when people either don’t respect the Rules or they don’t understand the Rules.Violations also arise when differing rule sets clash and collide.

Creating and increasing respect for the rules of behavior reduces violations, unwanted, and anti-social behaviors. Respect is created by effective communication and appropriate enforcement. Just asking for respect is not enough.

Respect is not only earned, it is learned.

Respect is the foundation of civilization. Respect and trust work hand in hand. Societies in which the citizens have respect for the laws and rules behavior are also the ones in which the people have trust in their government. These are secure societies where the majority of people do not live in constant fear of crime and for their personal safety.

Respect is also the foundation of personal success and security. For individuals, respect consists of both respect for oneself (self-respect) and also respect for others.

Respect for a person (including self-respect) is created by one's actions and behaviors. In order to receive respect, you must also give respect to others. Conversely, those that don't respect themselves are not respected by others in return.

In terms of the Progressive Fence, the Visual Fence depends on the existence of respect to effectively set a boundary.

It is not enough to just have rules of behavior. The rules must be clearly communicated. There are many forms of communication. Interpersonal communication consists of mainly body language, verbal and written words, and physical actions.

Communication that refers to acceptable and unacceptable human behaviors are boundaries. These boundaries can be societal or they can be individual.

Clear communication of the rules, elimninates violations that ocurr unknowingly or from misunderstanding the rules. Therefore, a violation of a clearly communicated boundary leaves no doubt as to the presence of lack of respect. In such a situation, enforcement is required. Communication has failed and it is necessary to use a higher level response.

The more effective a person or a society is at communicating the rules of behavior, the less there is a need for enforcement. Conversely, people and societies that don't effectively communicate the rules are forced to rely more on enforcement. Many times this enforcement will be viewed as Over-Enforcement by those that misunderstood the rules. Thus leading to a backlash.

In terms of the Progressive Fence, the Verbal Fence is based on respect for spoken communication of a boundary.

Enforcement is used to create respect for the rules of behavior. When there exists a large amount of respect, there is little need for enforcement. Conversely, when there is minimal respect, more enforcement is required. The concept of enforcement applies to both individuals and societies.

When people talk about the Carrot and the Stick, the Stick is enforcement. Society uses criminal punishment and penalties as a means to create respect for the laws and rules of society.

Enforcement is a higher level response than Communication. The use of force is part of the Physical Fence. When communicaton fails, it is time to use enforcement. The reason that Progessive Responses are so important is that the wrong level of enforcement will not have the desired result of building respect. It could build disrespect.

When the rules are communicated in an appropriate manner,  Respect is created. Not necessarily for everyone. But for many.

Education is a form of communication. When educating people about the rules, it is important to not only explain WHAT the rules are, but also WHY they are needed.

Less Violation of the Rules

The following scenario is an example of Under-Enforcement.

You are walking down the street. You notice someone nearby who stares at you and gives you a “creepy feeling”.

In this scenario, your passive response to the socially unacceptable behavior of staring is an Under-Enforcement. As a result, this person has less respect for you and your rules of behavior. Depending upon that person's intent, this lower level of respect many initiate a higher level of violation.

Only a Just-Right response that is perceived as appropriate for the situation will create respect. 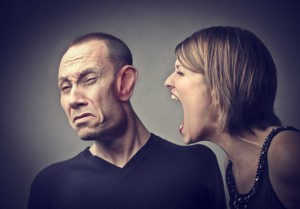 The following scenario illustrates an example of Over-Enforcement.

You are walking down the street. A man looks unthreatenly at you and says something you don't like.

In this scenario, your aggressive response to the violation of polite speech was Over-Enforcement. Your response is likely to create a backlash in the form of anger against you. This anger may manifest itself in verbal abuse, threats, and possible more violation of the rules of behavior.

Only a Just-Right response that is perceived as appropriate for the situation will create respect.

A Violating Person is one in which anti-social behaviors are not controlled. These unwanted behaviors are the result of the Violation Triangle of Intent (bad), Inequality, and Isolation. This person doesn’t respect and violates the rules of behavior.  He uses threats as his means of communication. He uses violence as his means of enforcing his own personal wishes and desires.

Violating People use the Violation Triangle of Intent, Inequality, and Isolation for the purpose of obtaining either social or resource goals. Social-Based Violating People have goals that usually involve increasing the person’s social standing within his or her social group. Or they may involve using violence as a means to enforce the person’s and/or Group’s own set of behavioral rules.

Resource-Based Violating People use the Violation Triangle for the purpose of obtaining asocial resource goals. These goals may involve obtaining money, drugs, or other material resources. Process-Based Violating People engage in this manner because the behavioral process of these violations is the goal. Some examples of these people are serial rapists and serial killers. 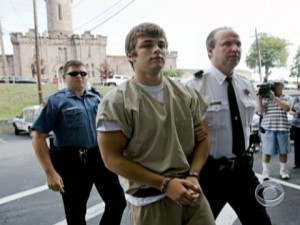 A Secure Culture is one in which anti-social behaviors are limited and controlled. These unwanted behaviors range from bullying, harassment, sexual assault, to murder and mayhem.

A Secure Culture relies on the Boundary Setting of Respect, Communication, and Enforcement. The rules of behavior are clearly communicated. They are respected by the majority. When necessary, the rules are enforced. Respect is created by enforcement that is just right, neither too passive, nor too aggressive.

A Secure Culture uses Progressive Responses in an escalating manner as a means to determine the Just Right Response or appropriate response to disrespect and violations of the rules of behavior. Government relies on the power of the institutional authority (The Institutional Fence) to command respect, communicate, and enforce the rules.

A Violating Culture is one in which anti-social behaviors are the norm. These unwanted behaviors are the result of the Three Cancers of Disrespect, Threats, and Violence. In a Violating Culture, the rules of behavior are not respected, they are violated. Communication is done by threats . Violence is commonplace. The rules of behavior are either not enforced which leads to chaos and mayhem, or they are over-enforced which leads to resentment and revenge.

Violating Cultures are dominated by people and institutions that exhibit anti-social behaviors, and use violence to enforce personal desires and wishes. Fear and mayhem is commonplace.

Just-Right Enforcement creates Respect by creating a deterrence to unwanted behavior. If deterrence is not sufficient to change behavior, then Just-Right Enforcement can also create Respect through the elimination of disrespectful behavior. To put it simply, elimination is to vote the offender off the island, or banishment, or the extreme version – make the offender walk the plank.

Lack Respect for the Rules 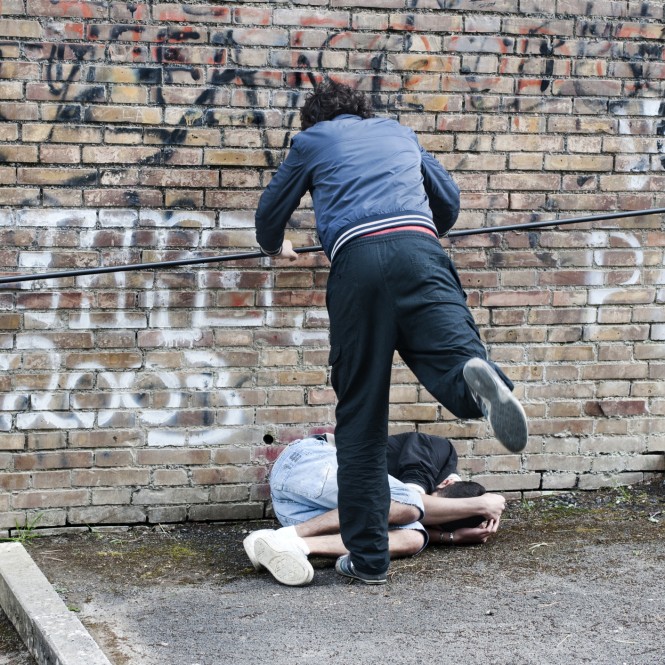 Some people violate the rules because they lack respect for the rules. In this case, clear communication will not be enough to create respect. A higher level response is required.

Lack Understanding of the Rules 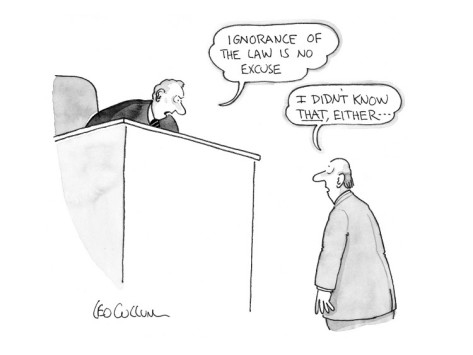 Some people violate the rules because they don't understand the rules. In this case, it may be that clear communcation will create respect.

For some people, clear communication may have the effective of changing unwanted behavior. An example of this concept is the teaching respect through education.

For some people clear communication via education is not enough to change their behavior. In this case, an escalated response is required.

Violators of the Rules

People willingly violate the rules either because

(1) they don't have respect for the rules, OR

(2) they lack an understanding of the rules.