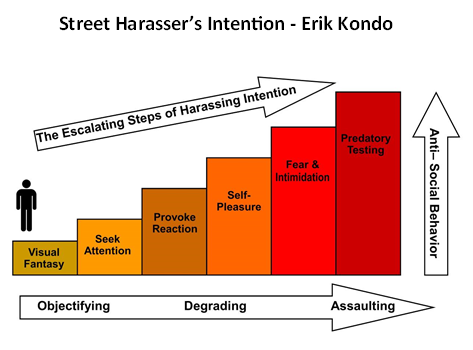 Harassment Intention can be grouped as follows:

1. The Harasser wants to engage in a Visual Fantasy with the Target of Harassment.

2. The Harasser wants to Seek the Attention of the Target of Harassment.

3. The Harasser wants to Provoke a Reaction from the Target of Harassment.

4. The Harasser wants to engage in Self-Pleasure with the Target of Harassment.

5. The Harasser wants to invoke Fear & Intimidation in the Target of Harassment.

6. The Harasser wants to engage in Predatory Testing of the Target of Harassment.

There is a wide variety of types of street harassment. Therefore, the different types need to be identified and defined so that they may be easily recognized. It is important to be able to recognize and categorize the behavior in order to be able to conceptualize the appropriate response to it.

Each type of harassment has a different delivery method. The harassment can be delivered visually, verbally, or physically. In addition, each type of harassment situation contains an implicit “threat level” of possible violence. The above behaviors are grouped by the Harasser’s intention and listed in order of increasing anti-social behavior.

Understanding the intention and motivation of the harasser is important in order to create the most effective response. By understanding why he is doing it, you will be in a much better position to determine what type of response will act as a deterrent for future harassment, but also will not escalate the situation towards violence. 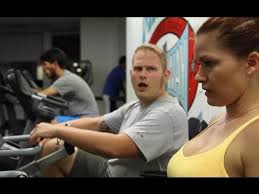 Harraser(s) engages in sexual mental imagery with Target as subject of the fantasy.

Harasser(s) attempt to get some type of strong response from Target. 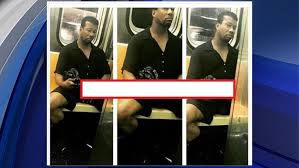 Engaging in physical touch with self or with Target as subject of fantasy.

Attempting to induce fear into the Target 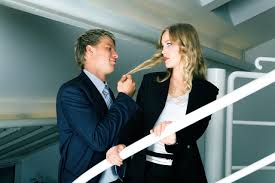 Purposefully observing and/or interacting with the Target to determine if she is a suitable victim to attack. 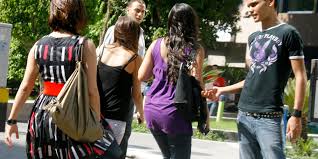 Street Harassers can be categorized by their motivation or intention. They are motivated to act in the manner that they do. Not all street harassers have the same motivation. There are some feminist theorys that attempt to lump all street harassers under a uniform motivation. One in which men's ultimate goal is to control women and to limit their access to public spaces. But this universal theory is an unproven hypothesis that doesn't take into consideration the complexity of human motivations.

What follows is also a theory on the intention of street harassers from a male viewpoint. 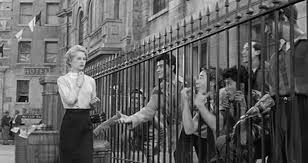 Some types of Street harassment are a form of bullying and other types sit snugly along the continuum of sexual assault. These behaviors depend upon the existence of a a perceived inbalance of “Power & Control”. The Harasser depends upon this implicit threat in order to intimidate the Target of Harassment into not responding assertively.

Street harassment causes some women to feel unsafe and less confident as they go about their lives in streets and public spaces. The most common response to street harassment traditionally has been to ignore it. Therefore, many young women have literally been “conditioned” to not to respond to being bullied and humiliated. This constant and socially acceptable “victimization” has a negative carryover effect and makes women less assertive in other parts of their lives.

Street Harassment has a direct effect on reducing the personal safety of women and increasing their risk of sexual assault. The reasons are as follows:

Self-Worth – A major element to personal safety is directly related to the potential Target’s feeling of confidence and self-worth. If a woman’s feeling of self-worth is lowered by Street Harassment, she is at greater risk of being victimized.

Intuition – Listening to your intuition is considered an extremely important aspect of personal safety. Intuition has a number of names: spider sense, threat alarm, sixth sense, inner voice, etc. Regardless of the name, responding to the warning of intuition is designed to warn people of impending danger. Upon receiving the warning, the person is supposed to either “flee” or “fight”. The problem is that the experience of numerous incidents of Street Harassment has conditioned women to ignore their intuition.

It is neither practical nor advisable to “flee” from or “fight” every instance of Street Harassment. Therefore, some women learn to silence their intuition and endure the harassment. As a result, when faced with a real threat to personal safety, a woman may ignore her intuition believing that she is “merely” being harassed. This decreased ability to distinguish between Street Harassment and the prelude to an assault makes women at greater risk of being victimized.

Vocal Assertiveness – The use of a loud and powerful voice to ward off an attacker is another cornerstone of personal safety. Street Harassment conditions some women to be silent. Due to the implicit threat of violence that comes with Street Harassment, some women learn to ignore the behavior and not respond. They are afraid that if they respond with vocal indignation, they will escalate the situation into violence. Being conditioned to be silent to abuse puts women at greater risk of being victimized.

In fact, a “conditioned” defense to Street Harassment is the use of headsets to drown out  and not be able to hear comments, looking down to avoid eye contact, and other techniques to appear oblivious to Street Harassers in hopes of not catching their attention. These factors put some women at greater risk of being victimized.

Avoidance – Avoiding potentially dangerous situations is the complement to awareness, but it is impossible to avoid Street Harassment. Street Harassment by definition occurs in public places where women want and have a right to be. Constant exposure to Street Harassment conditions some women to believe that they are unable to avoid abuse. Therefore, avoidance as a concept of personal safety loses its value. This loss of confidence in avoidance puts some woman at greater risk of being victimized.

Personal Space – The practice of maintaining a safety perimeter of no less than five feet is another important concept of personal safety. The concept is that by keeping strangers from being in close proximity; a target will have more time to respond to an attack. Street Harassment makes a mockery of this practice. Street Harassers are constantly breaking into this safety circle in order to get close to their Target. As a result of some women’s inability to regularly maintain a safety circle and keep abusers at a distance, they are at greater risk of being victimized.

Conditioning – All of the preceding factors mentioned and more have the effect of lessening of some women’s confidence and ability to apply the concepts of personal safety. Because being subjected to Street Harassment begins for women in adolescence, some women are in effect being operant conditioned over time to be targets of abuse. This conditioning puts some women at greater risk of being victimized.