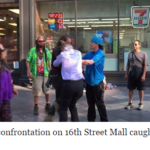 COMMENTARY BY TERRY TRAHAN
‘This confrontation took place in my old stomping grounds, and the only thing that marks it as different is it being caught on video.
I am going to engage in a little bit of speculation, bit it is informed speculation having seen a lot of these confrontations in this exact locale. 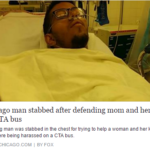 COMMENTARY BY KATHY JACKSON AND TERRY TRAHAN
“Bystander intervention where the Good Samaritan got hurt.
It’s tempting to read stories like this and conclude that the risk of injury means we should never get involved. But that’s the way a civilization dies. “The only thing necessary for the triumph of evil is for good men to do nothing,” as Edmund Burke put it. When every good person looks away, avoids danger and trouble for themselves, and doesn’t stop to help the weak or def..

What are your thoughts on the 21-Foot Rule?
Is it a rule, guideline, misleading, or something else?

“Critic-reformers who cite the so-called “21-Foot Rule” as evidence of law enforcement’s overzealousness are out of touch with reality.”.

COMMENTARY BY CLINT OVERLAND
“This video is probably staged. There wasn’t blood everywhere. You stab someone that many times, blood is everywhere.
But, the point is still valid whether it is fake or real… 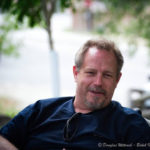 INTERVIEW WITH RORY MILLER
This interview is a great summary of
1. Rory’s Violence Dynamics
2. Gender differences in conflict
3. Differences between Pro and Amateur behavior
4. And more
—————————- 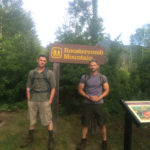 “An insightful article and luckily many lessons too learn from the survivors accounts.
Some brief thoughts from me:
1) No matter how much you ‘know’ never underestimate nature and especially the unpredictability of mountain weather. 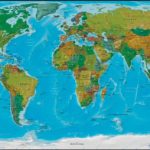 “I’d like to clarify something. I am not particularly fond of the attitude that the world is a dangerous place.

I find that to be a rather extremist and often paranoid position. I happen to know from personal experience that certain lifestyle choices very much dictate whether it’s true or false.

This incident could be a video of actual events, or it could have been staged.
What are some clues/indicators that make the case for being real or fake?

COMMENTARY BY TERRY TRAHAN
“I absolutely agree with this article. As a firm believer in having medical gear with me at all times, the options spotlighted by Mr. Greg Ellifritz are wonderful ways to have at least a minimum amount of lifesaving material on hand in any circumstance. Not that these are the only options, they are the ones the author uses, so he can back them, knowing his opinion is informed.

Kathy Jackson explains and comments on being a good witness and bystander behavior as demonstrated in an incident of an officer involved shooting in these two related video lessons. 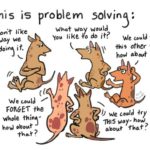 ” Ummm before we rush to implement solutions how about we take an objective and detailed look at the nature of the problem?

VIDEO COMMENTARY BY TERRY TRAHAN
“In watching this video, I am very happy with the outcome, and disturbed about one aspect of it.
The part I am disturbed about is the lack of by-stander intervention on behalf of an 80 year old woman. Perhaps that would be a subject best left for a seperate rant. 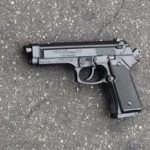 ARTICLE COMMENTARY BY KATHY JACKSON
“After reading this article — it’s a good one! — someone asked me a great question. “What can I do to stop an extreme injustice like what [these case studies] suffered from if I am involved in a justified shooting?” 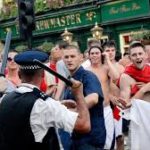 COMMENTARY BY GARRY SMITH
“England are on the march, with an upsurge in anti european rhetoric due to the referendum on membership of the EU, this might get nasty. As of now around 20,000 England fans are in Marsailles, with its large immigrant population. What could go wrong. Especially if another 20,000 or more arrive before the game. You could call it a warband of some size if it were more organised, but be careful of the headlines and the carefully chosen pictures and video. My thoughts, it will go off but the police will overreact to drunken behavior.”

COMMENTARY BY ERIK KONDO
“I think this is an important issue worth bringing up and discussing -the Online Pranksters.
This article relates to women. But the Pranksters target all sorts of groups with their actions.
What are some thoughts on what they are doing?” 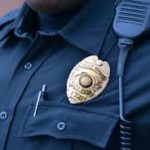 COMMENTARY BY KATHY JACKSON
“Does it make sense to reward law enforcement officers who show restraint in the use of force? While it makes sense to applaud good communication and conflict resolution skills, some officers have raised concerns that “de-escalation” awards may ultimately put officers, and the public, in more danger from violent offenders.”
What do you think?

COMMENTARY BY ERIK KONDO
“One aspect of conflict management that is many times overlooked is the concept of Mitigation. Essentially, Mitigation is minimizing the consequences of a conflict/unwanted event/victimization/violence/etc. after the fact.
What follows is one brave woman’s method of mitigation.” 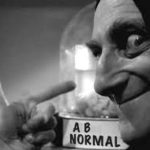 Until you know what normal is you can’t tell the difference between abnormal and dangerous. There is also a set of circumstances that could only be called ‘normal abnormal.’ That is to say although the situation is abnormal, it’s operating within certain normal abnormal parameters. These distinctions are critical because danger often pretends to be ‘normal until it’s too late. 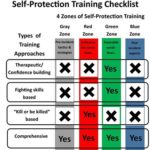 THE SELF-PROTECTION TRAINING CHECKLIST – Erik Kondo
“Thomas Sowell said “It is hard to imagine a more stupid or more dangerous way of making decisions than by putting those decisions in the hands of people who pay no price for being wrong.” When it comes to self-defense training, it’s the student who is going to pay the price for the information the instructor didn’t provide.” – Marc MacYoung

ON YOUR “ENEMIES” – MARC MACYOUNG
I am a man who has survived having enemies try to kill me. People who knew how. I’m still alive because when the talking stops I also know to act — including stopping those who would do me harm because they consider me an enemy.