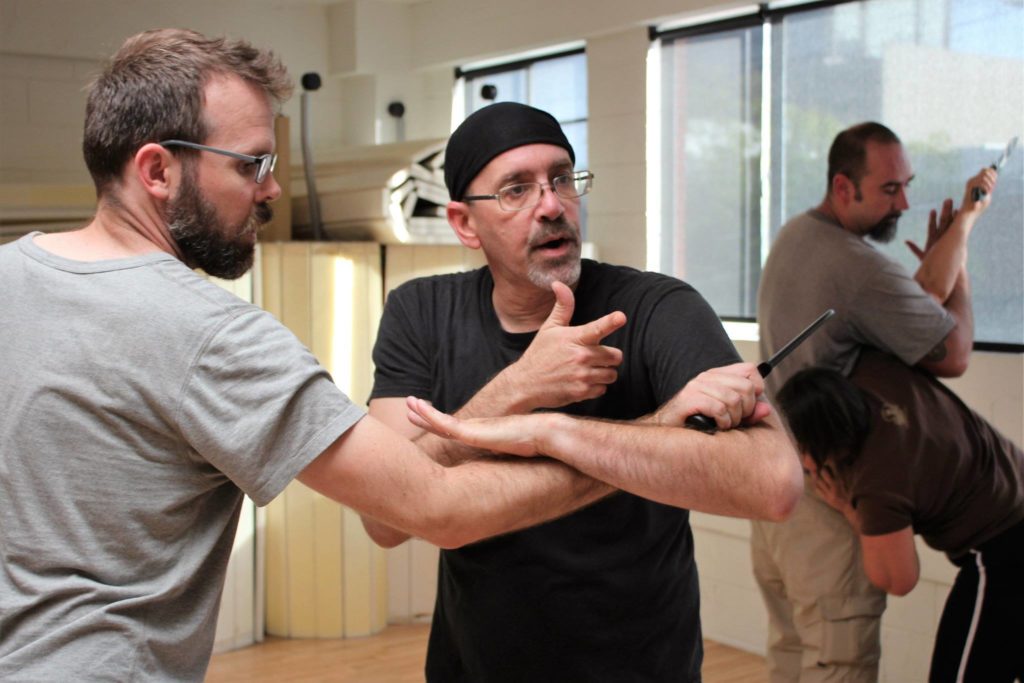 “My mission, goal and passion is to help people survive, thrive, and enjoy life, through learning E&E, medical, weapons, and empty hand skills in both urban and rural envionments.” – Terry Trahan

ABOUT TERRY:
Having spent many years dealing with violence, various subcultures, and street life gives Terry a unique view on life and the dynamics of violence.

Due to his strong interest in efficient answers to violence, de-escalation, urban survival, and escape, Terry’s focus is more on the civilian end of dealing with violence, covering armed, unarmed, improvised weapons, threat assessment, awareness, and unconventional strategies.

Terry has years of training in SouthEast Asian Martial Arts, heads the Kapatiran Suntukan Martial Arts organization, and is the lead instructor for WeaselCraft his non-traditional approach to personal security, and specializes in all aspects of knives, from use, to design and function.

WHAT TERRY CAN DO FOR YOU
Terry offers a variety of training services in the form of individual and semi-private training sessions. He also offers large group seminars, many times in partnership with other instructors.

He provides confidential consulting services on a wide variety of streetwise related subjects for students and instructors.

Terry’s fees vary depending on financial need and services requested.  Please contact him for details.

HOW CAN I REACH TERRY?
You can email Terry via terry.trahan@gmail.com, or message him from his TerryTrahan.com Facebook page.

WHAT IS TERRY’S TEACHING STYLE LIKE?
The following videos will give you a taste of Terry’s instruction and style.

WeasalCraft is Terry’s name for his street survival and teaching methodology.
Here is how he describes it.

In these three articles, Rory Miller talks about Terry’s Rules of WeaselCraft. 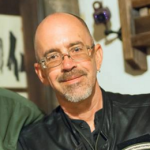 “Fighting systems and Martial Arts training are becoming progressively sanitized. The reality of violence carries a particular depth of physical and mental brutality. Sadly, most students currently training in any system are left startlingly unprepared for this reality. Whether you are a student or an instructor, you can fix this. Training with Terry Trahan is an effective option for this fix.
Terry’s instruction is laced with raw honesty and an individual committment to each student. From my newest practitioner to my most seasoned instructor, Terry’s time at Kore Krav Maga had a powerful and positive impact. Two days later, students and instructors alike were already asking when he would be back.
If you are looking for a Disney World approach to self-defense training, look elsewhere. If you care about yourself (or your students if you are an instructor), training with Terry should move to the top of your priority list.”
Tammy Yard-McCracken, Psy.D., LPC
Owner, Personal Defense Industries, LLC & Kore Krav Maga
Krav Maga Global Int’l Women’s Division Coordinator
Self-Defense Instructor, Chiron Training

“Terry Trahan is not your average martial artist. He is also not your average streetwise fighter/violence professional.
He combines a deep love for functional martial arts along with a long history of using violence. As a result of his extensive and varied background as a violence professional, Terry has a viewpoint on violence unmatched by most other instructors.
Terry also has a deep intellectual side. He considers creativity to be one of the most important aspects of conflict management. His study of violence encompasses all areas, not only the physical aspects. And finally Terry has a passion for teaching others what he has leaned along the way.
Along with his other ventures, Terry is a highly valued Board Member of Conflict Research Group Intl.”
Erik Kondo
Conflict Reasearch Group Int’l.

“Terry Trahan, who personifies combat as weasel-craft. The thinking man’s bad ass. Martially a silat player. Professionally, at one point he was the highest-paid and most sought-after bouncer in the Mountain States, and designed knives (among other duties) for a major blade company. I like and respect him, for experience, knowledge and physical skills. He’s both a true friend and an Honorable Enemy. He will tell me if he thinks I’m wrong– and I will listen.”
Rory Miller