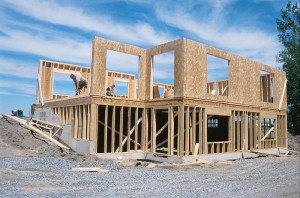 Conversation the other day about training paradigms. The person was advocating that things are learned best starting with basic technique, then building on that into a system. As near as I can remember one quote, “The first day, sensei showed us a punch. It wasn’t quite right, but he told us to practice and pay attention to form and we would do it right when we needed it. It couldn’t be right, of course, because if you punch with full power, you’ll stress your elbows.”

If you heard something like this (as I did from my first karate sensei) I want you to put on your big boy hat and think about, because almost every single element of that thought is palpably false.

Correct form and not going full power are all artifacts of punching air. You need to punch a body. A moving body. You don’t have to worry about your elbows. Wrists maybe, and shoulders if you have some of the snap power generations down… thing is, the feedback for really hitting a body is kinesthetic, not visual. Who cares if rotten food is pretty on the plate?

He tried to explain again with the house metaphor. You have to build a foundation. Then the walls, then the roof. Add the windows and doors and plumbing and electrical system. Only then will you have a house. The metaphore is that you practice your techniques with special attention to form (which, IMO, is confusing the paint job with the foundation) and then you build up through combinations to tactics to strategy and only then, when it is all complete, can you fight with it.

If this was the pattern of actual teaching, there might be some validity to the metaphor. But what you will see most often is the equivalent of handing someone a hammer and showing them how to swing it. After months or years of that they might be allowed to pound actual nails into random pieces of lumber. And they are told that enough reps of that combined with with making forts under the table with blankets (sparring) makes a complete house.

The principles-based approach is to understand what a house is. List what you need to understand (structural stability, insulation, air flow, heating and safety, light) to build one appropriate for your needs (emergency shelter to high rise). And then you play and experiment with the principles and the material you have on hand or can acquire.

None of us learned to talk the way we learned martial arts. We learned to talk through immersion. We played and sang and told stories and listened. We experimented with language– The two-year-old’s “No” stage is finding out how much he or she can control the world. We learned to speak with just a third of the principles-based model and we’re all pretty good at it.

We learned to write from the foundational model, and after a minimum of twelve years of formal instruction under professional teachers, a lot of people still suck at it. And even the ones who don’t suck have immense insecurities. In my opinion, most of the bad writing comes from the insecurities, by the way. Trying to be “a Writer” people become stilted and artificial trying to please some long-dead third grade teacher.

One of the commenters long ago (no way I could find the post before coffee, sorry) pointed out that all animals learn through play, and only humans were stupid enough to try to turn learning into a job. I’ll go further and say that the primary effect of that form of teaching is to make the students easy to control. It serves no other function efficiently.