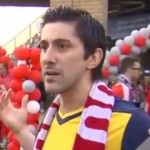 In this Episode of CMM, we see how a female reporter responds to a group of men who  interrupted her broadcast by uttering the phrase “Fuck her right in the pussy”.

In this case, the reporter does a great job by immediately confronting two of the men about their behavior. She makes it very clear that that what they have done is unacceptable. She is using Boundary Setting to assertively communicate limits on unwanted behavior.

The problem she runs into is that when their behavior is described as disgusting and degrading to women, these men now attempt to justify their behavior as harmless and hilarious. In fact, there more the reporter attempts to convince the men that their behavior is unacceptable, the more the men defend and harden their position. Opposition strengthens their Belief System. It does not weaken it.

The men’s Monkey Brain (Limbic System) has been activated and is now in charge. They are no longer responding to rational arguments. Their Monkey Brains are working full time to rationalize their actions and Belief System. As a practical matter, there is no way the Reporter can “win” with the use of only communication against their Monkey Brains.

In this case, the men were not exhibiting physically threatening behavior. They had already committed their “violation”. Therefore, appropriate Enforcement is really about some type of social punishment for their actions.

In the case of the man pictured above, he was fired from his job for his bad behavior. Hopefully, all of the men who participated will also be punished in some manner for their unacceptable behavior.

On a side note, upon becoming frustrated the Reporter stated, “I am sick of it. I get this every single day. Ten times a day by rude guys like you,”. It is actually highly unlikely that this statement is true. It implies that FHRITP happens to her 3,650 times a year. The problem with over exaggeration is that it weakens your argument. If it was to actually happen that often, then “everybody” is doing it, so what’s the big deal? And if it happen less frequently, then by overstating it’s occurrence, you lose credibility.

A more effective phrase which conveys the same meaning is “I am sick of it. It happens too often. Sometimes multiple times a day by rude guys like you.”

The other person’s Monkey is always looking for a reason to dismiss you. It is best not to give it anything to work with whenever possible.

When you engage in socially unacceptable behavior, you need to receive social punishment in order to learn respect for the rules of behavior.
Read more about the incident here.