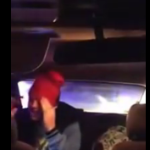 In this Episode of CMM, we learn from two teenagers who have been pulled over by the police.

After being pepper sprayed “Stop it now! Stop it! I’m calling my mother!”???

Man, I usually have to be with my kinsmen to laugh that hard.

I’m particularly fond of how fast he went from a self-righteous asshole refusing a lawful order to screaming like a little bitch when he got hit by the taser. (Except it kicks back in later.) Oh and at about 8 seconds, she tells him he has to comply, around 16 she tells him to shut up. Advice he should have followed.

Junior there was WAY to familiar with dealing with teachers than he was cops. As in 17 years old and being touched is an issue with teachers. Cops not so much. You can bluff teachers into not searching you using that tactic, but again, not the cops.

Thing is I suspect he had something on him that made him not want to be searched (or he’d just stashed it in the seat.) You can also hear him claiming he did not consent to a search — which had he been smarter he would have said calmly stepping out of the car. It might have held up in court. After riding the lightning, not so much. Oh and in case you’re wondering, cops questioning a teen without a parent present is where it gets ‘questionable,’ Not during a traffic stop, not when the cop has announced probable cause and ask, tells, orders you out of the vehicle. GET YOUR NARROW ASS OUT OF THE VEHICLE AND SHUT THE FUCK UP!

Except this kid appears to be mentally, emotionally and physically incapable of shutting up. (Gee I wonder if this was an adrenaline loop, because he was high or drunk or all three?)

Also I notice her internet legal expertize on how to conduct herself during a police stop evaporated damned quick when pepper spray filled the car. Pepper spray in a closed area, that sucks. Even if you aren’t the target. And man is that going to be a bitch to clean that car. Funny thing is the department ain’t gonna pay for it and you need specialized — and expensive — clean up crews.

There are a lot of bullshit videos and advice floating around the internet about how to be a street corner lawyer when dealing with cops.

First ironclad law, DON’T. The time for lawyers is in the court room.

Second ironclad law TALK TO AN ATTORNEY before you do any-fuckin-thing. Do NOT get information –especially off the internet — about your legal rights when dealing with cops off the internet and not run it past an attorney. (And incidentally, this includes anything I say too.)

Third ironclad law, talk to a cop you’re friendly with about what NOT to do when dealing with cops. (What? You don’t know any cops? You’re bias is showing.) Internet lawyers will get you in trouble, learning what pisses off cops, scares them and/or gives them cause to act is good start for not doing that kind of stupid shit.

Fourth ironclad law, you do NOT have the ‘right’ to break the law. I don’t give a flying fuck about how you feel about a particular law. So if you are going to break a law, be smart about it and don’t do stupid shit Like, oh I don’t know… go places when you’re stoned maybe? That draws the attention of the cops. Oh yeah, and if you’re going to be going out stoned, don’t be carrying shit or driving. That gives them legitimate reasons to act far beyond you just being stoned in public. (Which ain’t a good idea anyway.)

The next is a point, not a law. But it’s an important consideration. If you are honestly not doing anything then there is no reason to be an asshole. So you got stopped. So fucking what? It’s ten minutes you won’t get to play Angry Birds. Why is this important? Because people who ARE doing illegal shit and trying to talk their way out of being arrested behave the exact same way as these kids were. So don’t act like that for three reasons #1- It makes you look guilty. # 2 – It turns up the heat of a situation. #3 – While she wasn’t breaking any laws per se, his behavior sure as hell was. He’s got charges hanging on him now — even if he was not in pocket.

Fifth ironclad law, the time to settle shit is in court. NOT on the street corner. If a situation with the cops is going bad, shut the fuck up and start playing the long game. In other words, recognize when it’s out of your hands. (“But I don’t have the money!!!” See law #4). Even if you weren’t initially breaking the law trying to settle it like he did means he’s crossed the line into illegal action (I don’t know what they call it in that state.) Learn to recognize when the only thing you’re doing is digging yourself deeper into a hole so STFU.

Junior and little Miss Lawyer there violated all kinds of points on the “How not to get your ass kicked by the police” Seriously, watch the video and — instead of assuming their innocence — ask yourself how many of