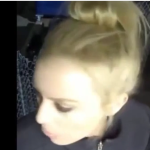 In this Episode of CMM, we learn from an ugly interaction between a news reporter and a tow company clerk.

This video has the potential for discussion of many topics, Pretty Privilege being one of them. But I would like to focus only on Boundary Setting.

The Community has ordinances (rules) governing vehicles which are communcated to drivers via signs. When certain rules are violated (not respected), they are enforced by the towing of the offending vehicle. Drivers that follow (respect) the rules don’t get towed.

The Towing Company deals directly with the offenders. It uses a physical barrier as a fence to communicate and enforce a seperation between the offenders and the Clerk in the event that an offender doesn’t respect the rules of civil behavior. A CCTV camera is also used for post incident enforcement evidence. It also communcates a warning (of enforcement)  to offenders to not break the rules of proper behavior.

The Offender’s Employer has a internal company policy (rules) on acceptable (respectful) employee behavior. It enforces these rules through the use of employment suspension and temination. The rules are communcated via an employee handbook and other means.

The Public has expections (rules) of proper civil behavior. These behaviors are communicated via cultural norms. One method of enforcement is to publicly “shame” the person who has violated (did not respect) the rules.

The Clerk and the Offender both have their own private set of values (rules) on how they feel they should be treated (respected) by others. If they believe that they are not being treated respectfully, they will communicate and enforce their values in some manner.

Here is my interpertation of the events into video and the aftermath in terms of individual Boundary Setting systems.

The Offender violates a Community rule regarding vehicles. The Community enforces it’s rule by using the Towing Company to impound her car. The Offender feels that the towing was an Over-enforcement of the rules which makes her angry (a backlash) at the Towing Company and the Clerk. She feels her personal values of fairness have been violated. Therefore, she feels justified in berating the Clerk.

The Clerk feels disrespected by the Offender’s behavior and warns her that she will use the CCTV video footage to enforce civil behavior. The Offender in turn is angry at not being respected for being a beautiful and successful news reporter. The Offender uses personal insults (a violation of civil social behavior) as a means to punish the Clerk (enforce her personal rules) for not giving her the respect she feels she deserves.

The Clerk enforces her values (personal rules of behavior) by alerting the Towing Company about the incident. The Towing Company displays the video to the Public as a means to use public shaming to punish (enforce) the violation of social behavior by the Offender.

The negative reaction of the public (a backlash) created by the video (which commuicated the violation of social behavior) prompts the Offender’s Employer to enforce it’s rules on acceptable employee behavior by suspending the Offender. The Offender having been shamed (punished) by both the public and her employer apologizes for her bad behavior (violating the rules).

The end result is that the Offender claims to now respect the rules of proper social behavior. The enforcement of the rules has also served as a warning to future offenders to not engage in a violation of the rules of acceptable behavior.

This example shows how multiple Boundary Setting systems interact and creating a complex mixture of individual and societal behaviors. The take away point is that there is not just one set of rules. There are many sets of rules. But at different times and varied locations, these rules have changing levels of priority. The rules are also perceived differently depending upon an individuals personal viewpoint.