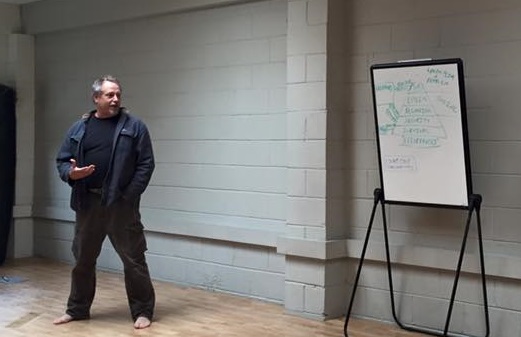 The last post was laying the groundwork for this one. I thought starting with the universally acknowledged evils of micromanagement would make this post more palatable. Instead, Danny Martin gave a very capable defense of an unpopular and nearly indefensible position. Truly well done.

Jumping into this anyway, because it is important.

Criticism is a shitty teaching paradigm. Telling people they are doing things wrong, even telling them what they are doing wrong is literally worse than useless: Useless teaching would leave students unimproved. Criticism actually makes the students worse.

This will probably be a hard sell. When I came up through the (primarily Japanese) traditional martial arts, stern criticism was the standard teaching method. I’ve even had an instructor say, “Only perfect is good enough.” And I was cautioned not to praise students because it would make them lazy. In the law enforcement world, right after I was promoted a senior sergeant told me, “Do you know why you’ll never be a good sergeant? Because you don’t understand that everyone is lazy and dishonest and our job is to catch them and punish them.” Her crews were consistently poor performers because they spent more time watching their backs around her than doing the job.

But it’s only a hard sell because we are all so used to it. When something is shitty, being the norm doesn’t make it less shitty. We know criticism is poor teaching methodology.

Why is it bad? Let me count the ways.

And we know the answer to this. From behavioral psychology or modern teaching theory or MBWA (Management by Walking Around.)

One of the most annoying training scars I see are students that are so used to being constantly criticized that they criticize themselves. They handle a scenario brilliantly or snap into a counter-assault technique against multiple simultaneous attacks, and you can see it in their eyes, sometimes even their lips move: They are chewing themselves out for some tiny detail that didn’t even effect the outcome. They are so used to being criticized that they have a tiny sensei in their heads telling them they did it wrong. No matter what ‘it’ is. No matter whether it was wrong or not.
That’s bullshit, and if you have that little voice in your head, kill it.
*Quick note on explaining. I find it very useful to explain the underlying physiology or physics that make something work. If the principles are true, they apply everywhere and if the student understands the principles, he or she can adapt them under stress. That said, the principles work. They have visible effects. If you have to explain that something worked when it clearly didn’t, you’re wrong. You aren’t explaining, you’re attempting to brainwash.