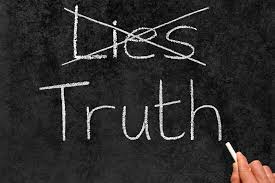 Living in a world of social media, where passion is considered on a par with information and where surrounding oneself with a coterie of sycophants passes for critical thinking and cherry picking sources is as close as most people get to being “well informed” I want to give Greg Ellifritz some kind of medal.Some background. It’s well known in the Gun Rights movement that almost all recent active shooter events have occurred in places where citizens weren’t supposed to carry guns. John Lott (economist, researcher says, “With a single exception, every multiple-victim public shooting in the U.S. in which more than three people have been killed since at least 1950 has taken place where citizens are not allowed to carry their own firearms.”It’s true, and it makes sense. Posting “No Weapons Allowed” signs obviously only works for people who obey signs. Murderers are generally not worried about “Keep off the Grass” signs. The idea that rules control behavior is not just naivety. It is superstition.Anyway, Greg has a special interest in active shooters. When the shooter’s diaries were released, Greg ran with it. And, though the shooting once again happened in a place where a sign told citizens they were not allowed to pack heat, Greg writes, “Although the killer did take security into account (by choosing the movie theater over the airport) there was no evidence (as some experts have postulated) that the killer chose this specific movie theater because it was the only one in the area that banned the lawful concealed carry of firearms.  In fact, there is no evidence in his diary that he even considered the possibility of being shot by a lawfully armed citizen or an off-duty police officer watching the movie.

Though the message won’t be well-accepted by this audience, gun control did not appear to be a factor in the target selection for this massacre.  The presence or absence of armed citizens wasn’t considered in this specific killing.”
Okay, get this. We have an event that fits the narrative (“Spree killers choose places where civilians are unarmed.”) Something that anyone with an opinion and any less integrity would have used…and instead Greg admonishes on our ethics:
“It’s important not to let our personal feelings or hunches replace the facts in cases like these.  In the ever-present debate against the anti-gunners, we have the facts on our side.  We must stick to the truth and the facts we know so that we retain credibility in the debate.”
If I could change one thing in our national debates, it would be to set this as the standard. Truth over emotion, what you want to believe limited by what the evidence shows. There is no reason to lie when the facts are on your side.
This is my wish for the politics in America. My fear, of course, is that emotion will silence reason and we will have those that feel will exterminate those that think. For the common good, of course.
Thanks, Greg.
For Greg’s Full article, http://www.activeresponsetraining.net/an-active-killers-diary
.
.
Commentary by Erik Kondo