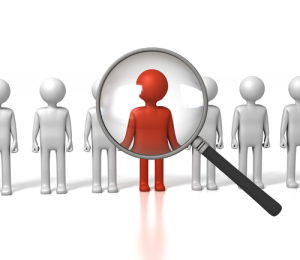 Violence serves a purpose.  Multiple purposes, actually.  And the purpose it serves, the goals (and parameters)  will drive how the violence occurs.

The threat who wants money for drugs will approach differently than the drunk college kid trying to impress a girl and neither will be quite the same as the person from a violent subculture who feels he has been shamed in front of his peers.Knowing the base– the different types of violence and their motivations– is critical, but it is far from complete.Also, to be clear: this is what I have seen.  This information here has allowed me to recognize, evaluate and manipulate situations.  That doesn’t mean it is right.  It doesn’t mean I’m right.  Actually, the second sentence in the paragraph is not how it worked.  Like most of what I teach, this was back-engineered.  Recognizing, evaluating and manipulating came first.  The labels and connections and commonalities are what came out in the analysis and the debriefings.  Success came long before understanding.

If you ever need this information, you will be the one on the ground.  You will be there.  I will not.  Pay attention and make your judgment and act.  You will need to trust yourself, but not naively. Learn. Study people like animals (because we are).  Many people have very good instincts with other people, but some don’t and the ones that don’t tend to be in the victim profiles.  The other victim profile, of course, include those who over-estimate their awareness or street smarts.

This is about human interaction and the analysis of human reaction.  Like almost anything that has to do with humans it is both complex and dead simple.  Not a mix.  It is both.  When it comes to reading a person the complexity comes in the interaction primarily of goal, ability and adrenaline.

The simplicity comes in, “He wants X and he is preparing to get it in this way.”  People get in trouble when they take that simple part and make it complicated.  Do you need to know metallurgy to turn a wrench? Neither do you need to know someone’s internal existential struggles to deal with that person as a threat.  Recognize complexity where it is unavoidable but never imagine or create it.  Occam’s razor applies.

The next sections will be on recognizing adrenaline signs.  Then differences in social and asocial approaches and distinguishing between threat displays and pre-assault indicators.  I’m toying with writing about architecture, but I think my insight there is very limited.

As far as reading people, Terry Trahan’s chapter in “Campfire Tales from Hell” is really good and hits it from a slightly different angle than I will.  It’s highly recommended  (and I don’t get money for it so I don’t feel guilty plugging it.)

COMMENT by Erik Kondo
1. This is a DECIDE stage in terms of the 5D’s of Self-Defense – DECIDE– DETER-DISRUPT-DISENGAGE-DEBRIEF
It deals with educating yourself about criminal behavior. Your education and knowledge makes your DETER stage more effective.

2. This is also a 2nd Dimensional category (Awareness) in terms of the Multi-Dimensional Paradigms of Self-Defense