One example that has been on my mind, lately: Often there is a single thing that has a different name depending entirely on whether we like or dislike the result. I wish I had a longer list, but I suspect that this is a mechanism I use myself, and thus a blindspot. Or several blindspots.

Force and violence. When we like the outcome, or are defending our tribe, we use the word ‘force.’ Enemy and bad guys’ actions are called ‘violence’. If I took someone down, handcuffed them and dragged them to a cell it was a “Use of Force.” If a cartel enforcer performed the exact same acts in the exact same way, it would be a “violent crime.” (Not looking at crime, here, because there are specific exceptions in law for police actions.*)

We have the armed forces, not the armed violence purveyors. Coalition armed forces fight violent jihadis. It’s deep in the language.
And when I had to write a report, I would frame it as a prudent and judicious use of force. Because people would read that report and make a judgment on my actions. If I were to call it a prudent and judicious use of violence, a certain percentage wouldn’t even be able to process the words.

But in my own mind, I used the word violence. Except for whatever blindspots I haven’t discovered, I always try to use the harsh words. It keeps me honest, and keeps me on a leash. The danger with the soft and comforting language is that it makes it emotionally easier to cross certain lines. There is almost no limit to the evil that one can do when convinced it is for the common good.

Cultural sensitivity and racial profiling. Exact same fucking things. You work with different cultures, you learn a ton about them. Food, family dynamics, respect rules, attitudes towards outsiders, attitudes regarding gender, and attitudes towards violence. Tons of stuff. If you know that a certain gender of a certain age from a certain region is culturally expected to carry a knife, and you can identify from dress, appearance, tattoos, stance, etc. age and gender and region of origin and how assimilated or not into local culture, that takes some damn good cultural awareness and knowledge. But if that understanding means that you approach a suspect with gun in hand instead of pepperspray or nothing, it magically turns into racial profiling.

One of my friends in enforcement was very successful (he says 100%) at finding drugs or weapons on certain traffic stops. A certain ethnicity and age plus a certain make, model and age of car would get drugs. A different combination of age, ethnicity, make, model and modification of a car would result in guns. Very reliable. He had to stop when his “good nose for smuggling” was reframed as racial profiling.

Manipulation and hmmmm. Sorry about the “hmmmmmm” but there are a ton of things that are called by different names when we like the result. Maybe I should just put “communication” there. Palming coins as a magic trick is entertainment. Try it on a store clerk and it is manipulation or a crime. Con men and advertisers. Deep teaching, for that matter.

There are more. Probably a ton of them. And there are other, related issues. For instance, what is a right? Because I see more and more people defining a right as anything that is really important to them, but they fear they would lose if it was put up to a vote. So people say, “majority rules” right up until the majority is not on their side and then redefine the issue as a right, exempt from the working of democracy.

* Oooooh. That’s a good one. When the politicians are trying to sell us a war, they sometimes call it a “police action.” 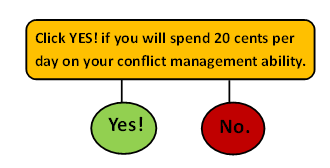