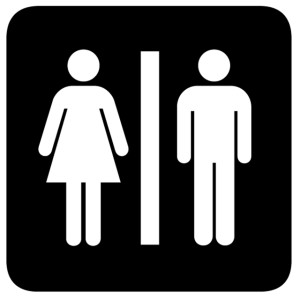 Different just means that, given the same problem, you will have different tools to solve it. Viva diversité. But if the problem must be solved, you will find a way. That’s what humans do, we adapt.

Do men and women have different fighter/warrior/killer instincts? Sort of. Maybe. My experience actually says no. Sort of. One of the questions I ask in some seminars is how many of the participants have ever had to fight a women for real. Few hands go up and they are almost always street cops or bouncers. Then I ask if they ever want to repeat the experience, and they go a little pale and shake their heads. It seems that it takes a lot more to get a woman to cross the line into physical force, but when she does, she has no internalized rules.

So that’s two differences, I guess. Generally, women are more reluctant to fight than men. And when they do, men tend to focus on the abstract, bullshit social construct of “winning” and women are just there to hurt you. That’s what makes them so dangerous that experienced people pale a little at the memory… but grin when they remember the college kid who took a stance and bragged he was a black belt.

But not that much of a difference, because (and this may be my generation whining about “kids these days”) even most men will not engage under even extreme provocation. The biggest coward I ever worked with was a male, former marine, over six feet tall. And the most fearless was a 5’2” single mom.

Are women more reluctant to engage? Sure. If you take any group that, on average, has less muscle density and is smaller, being eager to engage would not be a sign of intelligence. Smart people avoid damage, and hands-on conflict always has the risk of damage. And any conflict with someone who is likely to lose with words and likely to win with fists has inherent risks. So, yeah, just like a small country or the smallest boy in the red neck school a woman (on average) will avoid confrontation. Not because of her gender but because of her intelligence. And it doesn’t take above average intelligence, either.

The second is ferocity. Or crazy. Everyone has little internal lines they won’t cross. Even when death is in the air, almost everyone holds back to some extent. There is always a balance between trying to win and trying not to lose and those are incompatible strategies and incompatible worldviews. It’s not always the answer, but if you are willing to go all-in and the threat is not, the threat has a tendency to leave. I think that is why things like nose strikes and groin strikes have been so successful for Leonnie’s WSD students and so dismally unsuccessful in jail fights. The disparity between what the threat expected and what they got became the signal to disengage.

The third is clarity. And clarity doesn’t hurt ferocity and is integral to technical skill. All fighting, anything with an athletic component, is all about efficiency. Efficiency is removing any unnecessary motion whatsoever. Clarity is the mental equivalent. It is knowing yourself– what you are willing to do and not; why you are fighting and that it is worth all it will cost. It is knowing your goal and your strategy. Not some vague “I want to win this fight” but “Get to the door.”

And it’s not a hyperfocus on a single goal. It is clarity also to recognize when the first choice is no longer an option. That allows you to switch. Effective adaptability is predicated on clarity.