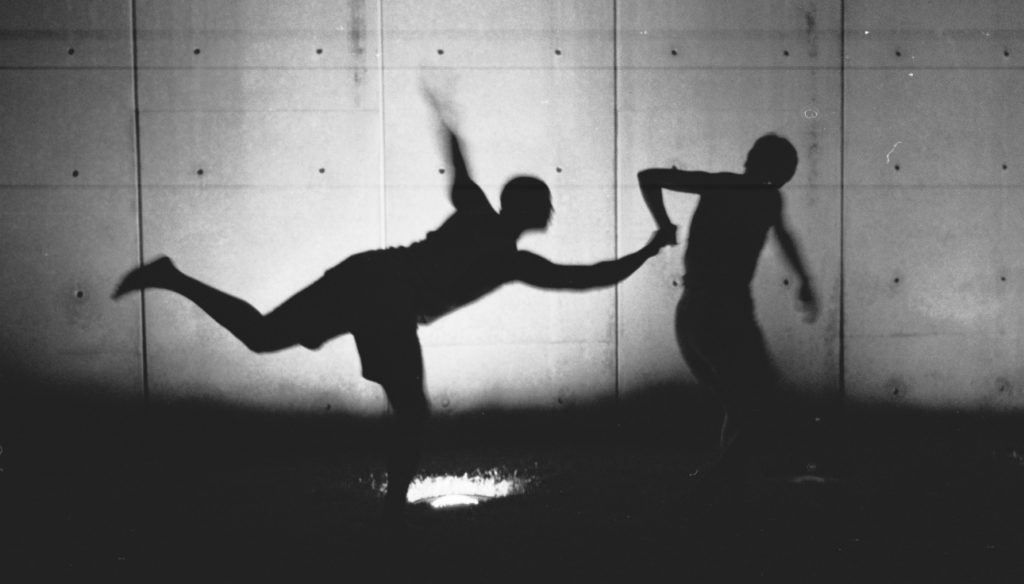 In combatives, you’ll hear people talk about the principles of a system, or principles-based training. That’s fine and dandy right up until you ask a senior practitioner exactly what those principles are. If you’re lucky, you’ll get crickets. If not, you’ll get the normal word salad of someone who has been pinned down in their ignorance and needs to fill it with words. You’ll get goals (“Don’t get hurt.”) Or strategies (“Do the maximum damage in the minimum time.”) Or tactics (“Close and unbalance.”) Or philosophical generalities (“Become one with your opponent.”)* Basically tripe. You can’t really have a good conversation about principles-based training until you’ve defined what principles are– and separated them from goals, strategies, tactics and aphorisms.

There’s going to be a core set of principles in any physical endeavor. One of the really gratifying things about the MovNat seminar was not just how principles-based it was but how much the principles mirrored the ones I understand.

The lists will never be exactly the same. Time doesn’t function the same in a fight as it does running or climbing. Balance and gravity have other levels when you are simultaneously a bipedal creature and half of a quadrupedal creature.

Something isn’t eligible for my list of principles unless it 1) fits my definition 2) applies to striking, grappling and weapons and,  3) there are no exceptions. The MovNat class with Vic pointed out that some of them applied to all movement. And that was pretty cool.

Caveat. What I am about to write comes from my perspective having taken a class once. Don’t take this as anything officially MovNat-y.

Structure, momentum, balance and gravity. Four key principles and they all interact.

Life is a constant battle with gravity. Gravity is a force, and sometimes the enemy, and almost always a tool. If you need to resist gravity, resist it with bone, not muscle. That’s one of the essential applications of structure. Muscle gets tired. Bone doesn’t. I use structure for unbalancing and immobilizations and takedowns and… Vic used it for lifting, carrying, catching, traversing, climbing. Just that I saw. In two days.

Exploiting momentum is one of the key principles, especially when you are outmatched in size and strength. I tend to use it to make people miss and hurt themselves and fall down, but also to increase my own power. “Motion defeats strength” to quote Jimerfield sensei. Vic used it to keep motion going with less effort, to extend a jump and to slow one down and in a climbing thing–

I used to embarrass my kids when I’d take them to the playground and climb around more than they did. One of my tricks was to go to the swings. The big ones where steel poles making an inverted V on the ends to support the main beam that the swings hang from. I’d put one hand on each of the V supports and climb to the top just by swinging side to side and letting my hands move up. It was a way to climb with almost no muscle– just structure and the momentum of the swing, which relied on gravity. Hadn’t thought of that as principles until Stefano demonstrated almost the same technique for traversing.

Balance. In a lot of ways, balance is just the interplay of structure and gravity. In judo we spent a lot of time playing with the science of keeping our own balance while stealing the opponents. But there are times to lose your balance as well, times when falling serves you. Sutemi waza, for instance. Or falling on a locked elbow (someone else’s). Balance is not just a principle, but a skill, and Vic had some balance games I’ll be playing with for a while.

Gravity is a tool. The iconic application is the drop-step. Done properly it is a speed, power and range multiplier that doesn’t telegraph. It’s one of the first things I teach. Turned out to be one of the first things Vic taught as well, but as a way to effortlessly and quickly fall into a run. Or a sprint, depending on how much you commit. And a way to control your speed, without working to move your legs faster or thinking about lengthening your stride.

Still playing with thoughts from the class. Will be for awhile. Probably talk about teaching methodology next.

And, pro-tip, if you have the right partner and the right kind of post-workout smile you can get a full body tiger balm massage out of it. Awesome.

*To be fair, one of my principles is a soundbite philosophical generality, but I use it because it allows me to file a bunch of different related principles– ranging, action/reaction speed, manipulating perception and realities of timing and distance, working in negative space, etc. all under the label “Control Space and Time.”