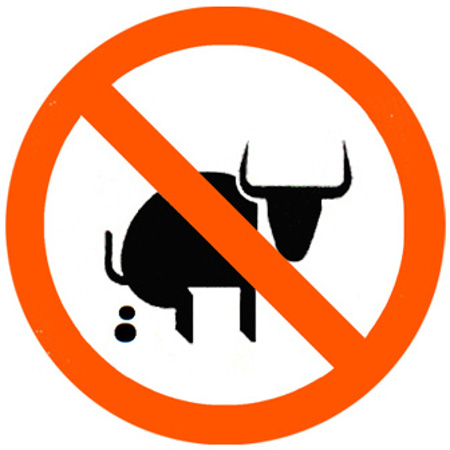 Saw an ad offering “No Bulls**t” self defense training. That’s laudable. That’s the goal. For that matter “No bullshit” should be a goal for training and talking and thinking and living. But it’s not that simple. The no-bullshit life is a goal, but if you ever think for one second that you’ve achieved it, you’ve just started bullshitting yourself.

We all have biases– biases in the way that we perceive, process, think, plan… You probably know some of your physical habits (when you cross your arms, is the right or the left on the outside? Are you left or right eye dominant? Which shoe goes on first?) but not all of them. You probably know even fewer of your mental habits. And even fewer of your perceptual habits (hint– I bet if you examine the last several big meetings of strangers the handful of people you remember will have certain things in common.)

The bullshit never goes away. Humans know surprisingly little. We have a lot of stuff in our heads, but the things we know to a certainty is a very small subset. And many of those are useful, but incorrect. The sun doesn’t actually rise in the East, the sun is stationary and the earth spins…and that’s not true either, because the sun isn’t stationary, nor is the galaxy.

I’m never certain how much bullshit has crept in. I can’t be. If I only taught the things I’m 100% scientifically certain of, all of my knowledge could be summed up with “1+1=2 as long as you limit it to inanimate objects; and things with a higher number on the Mohs scale will scratch things with a lower number.”

When I teach a technique, I can be fairly confidant because I’ve used it. But really? Take a throat strike. I’ve used it exactly once. Spectacularly successful. Would absolutely use it again in the same situation… but if I read a “scientific survey” trying to extrapolate from a sample of one I’d laugh my ass off.

“No Bullshit” isn’t a state. It’s a scale. And a process. And that makes it one of the virtues.

We tend to have a binary way of looking at the world. Is a thing good or bad? Hard or soft? Right or wrong? I find that immature. Most things are scales, not states. Not good or bad, but better or worse. End state thinking leaves no room for improvement. “Excellent” can be improved on, “perfect” can’t.
If you did a move well, you can get better. If you did the same move right, you can’t.

Calling something a virtue recognizes that if it is a scale, it can also be a process. Virtuous people are not the ones being good, they are the ones striving to be better. Every day. “No bullshit” as a virtue is a commitment to challenging your own assumptions, back-tracking your beliefs to first sources. It isn’t the contentious skepticism of trying to prove people wrong to score points, but to cut away all of your personal wrongness to continuously build a stronger foundation.