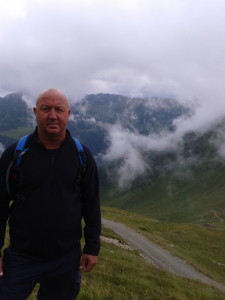 Recently I have been thinking a lot about my training and my life. Last Saturday I explained to somebody, they asked, what I do. It was at a party, it was somebody I have met briefly a few times before, this time it was quieter and we were able to chat a little. I told him I trained people in Ju Jitsu, that I trained people in combat fitness and that I taught self defence, I told him that I write and that I edit a magazine. It was a brief resume and I put in my usual jokes to lighten the story. Whenever I get asked what I do I find it hard to explain which bit goes where, how they fit together.

I do all of the above but I still train too, I am still learning and always will be. I love my Ju Jitsu, I nearly left, I had formally left, last year to join another organisation as an instructor and school owner. As I prepared to shift the guy who ran the Ju Jitsu club decided to close it, that is a story in itself. With the help of two great people I stepped into the breach and took control. This was some challenge as the old club was losing members and on its knees financially. We turned it around, everybody stuck together and we have grown, we have evolved in a number of ways but it was our resilience that got us through.

This change came after a couple of very difficult years for the Academy of Self Defence as a business and for me personally. There were many factors that influenced where we were this time last year and it was never going to be easy but sometimes it is time to put the shoulder to the wheel and push. Today I saw pictures of Kurdish women fighters who are engaged in front line combat with Islamic State, these brave women ooze resilience from every pore, how different from the tens of thousands of fighting age migrant males who are flooding into Europe leaving their women and children behind to face who knows what. This is an epic event and as I watch it unfold with all the usual biases on display and political factions from right and left exploiting it for their own purposes, I have been reflecting on what I would do in similar circumstances.

Whilst the chances of that happening are incredibly slim but none of us know what is around the corner. So lets hypothesise. There are some things I am pretty certain I would do, I would defend my family, I would defend my home. If I had to bug out I would be prepared. Given the opportunity I would gather like minded people around me, i.e.: those prepared to resist, fight, survive (whatever was required) and give my all. Shoulder to the wheel. I would be, I hope, resilient.

The American Psychological Association defines resilience as “the process of adapting well in the face of adversity, trauma, tragedy, threats or significant sources of stress — such as family and relationship problems, serious health problems or workplace and financial stressors. It means “bouncing back” from difficult experiences.

Research has shown that resilience is ordinary, not extraordinary. People commonly demonstrate resilience. One example is the response of many Americans to the September 11, 2001 terrorist attacks and individuals’ efforts to rebuild their lives.

Being resilient does not mean that a person doesn’t experience difficulty or distress. Emotional pain and sadness are common in people who have suffered major adversity or trauma in their lives. In fact, the road to resilience is likely to involve considerable emotional distress.

Resilience is not a trait that people either have or do not have. It involves behaviours, thoughts and actions that can be learned and developed in anyone.”

Being resilient is a learned quality and I think I have proved I am a resilient person many times in my life and will probably have to prove it many times more for sure. I agree that people can learn to be resilient, we can learn throughout life and learn new tricks and skills no matter how old a dog we become in the eyes of others. I am 56 and now learning to ride a motorbike, I am training for my 4th Dan in Ju Jitsu, I am setting up some new training opportunities and I have a few business ideas simmering away on the back burner. Learning is fun and like a dog, for life, my article in the September issue of Conflict Manager makes clear my position on that. For me resilience is also an attitude.

It should be well known that I like the outdoors, I love walking, be it a stroll with the dog round the local park or one of our 2 hours yomps out on the moors or the hills or a day hammering the mountain tops in Austria. I walk and I cycle not just for the sheer pleasure I get from being out in the countryside but also as part of my training. For me they are inextricably linked. Regular exercise is my addiction, I also do some weight training as well as lots and lots of fighting type training and circuit training. Recently I made a few purchases of new equipment as I have identified a new outdoor training location on a nice steep bit of hillside, mostly under the trees but just a few paces away from open moorland. The area is well equipped with natural resources and obstacles, rocks, logs and undergrowth, it has a fantastically partially fallen tree and I cannot wait to start training there.

It is September now, the temperature is dropping and the weather is turning wet. Rather than this being the time to come indoors to train this is he time to step up the amount of time spent outdoors training. Yes I will be out there in the rain, yes I will be out there in the wind, I will be out there in the snow and in the dark and in all possible combinations and hopefully sometimes in the sunshine too. Masochistic, possibly, difficult definitely, character building certainly. Training in the dojo is hard, getting gloved up and fighting is hard, if it was not hard it would not be worth doing in my book, you may think differently. For myself training in adverse conditions should be sought out not avoided, it is not for everybody I know, each to their own but if you want to be good at anything then resilience is a quality you will need.

We all experience physical and mental pain at some time in our lives, sadness visits us occasionally and we all try to avoid major adversity and trauma but cannot prevent it entering our lives when events move beyond our control. What we do need, in my opinion, is the resilience to withstand, survive and continue to function. That is what my training is for, I am aware of the frailty of life but I am aware that we can be incredibly strong too. Resilience is not gained sitting on your backside watching TV, you have to go out and become resilient, it takes work, it takes effort and in my case a lot of sweat but it can also include a lot of fun too. So who is up for some fun in the woods?