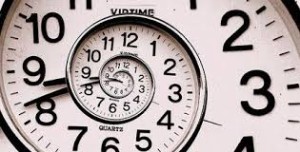 “The thing that strikes me in this whole class is that you think about time very differently than anyone I’ve ever known.”— Student in a class for writers. From memory, not an exact quote.

Humans don’t think about what we think about. And even more rarely think about how we think. I was told long ago that breathing and walking were two things that everyone does but few do well because they breathe and walk without thinking about it. Unconscious skills don’t get developed. I think I can add communication to that list and a bunch of other things.

It’s not special– I think everyone who does emergency work thinks about time this way. So I didn’t know it was rare.

For fighters, time is a resource, an extremely limited resource. Everything takes time, and time spent doing one thing (prepping equipment) cannot be spent doing something else (developing a tactical plan).

Time can be given, taken or stolen. It can be wasted. The scary man reaches under his jacket and you think he might be drawing a weapon but you want to be sure… You’ve given him time. And wasted your own. And put a cognitive mechanism in place (‘I want to be sure’ which means ‘I want to be consciously sure’) that guarantees you will use data inefficiently and waste more time at each step.

You can make people think that time exists when it does not. We frequently used a fake count down before a cell extraction.

The ability to understand and use discretionary time is the hallmark difference between a pro and a rookie. If there is time to think and plan and communicate, the pro does so, the rookie rushes. The pro spends the time wisely. When there is no longer time to think, when the door bangs open or something shiny flashes at your belly, the pro doesn’t waste time thinking, he or she moves…and often the rookie tries to think or plan or get some detail of information, trying to spend time he doesn’t have.

Infighters process time and space at another level. Close is fast. Time is distance and at that range you have damn little of either. In addition, anything you do potentially changes everything. A slight pressure with your knee can change the vector of an incoming strike and the location of the threat’s head, for instance.

This is the part I’m struggling to describe. In a close brawl or doing infighting randori at a decent level of skill, time ceases to be linear. Something that objectively, on video, would be a sequence of action is all one thing. It feels like it happens in chunks. A lot of it is simultaneous, you can pop the knee while clotheslining the jawline, but the things that led there and the things that follow and anything the threat does or fails to do… those all seem part of a whole that teleported into existence as a complete object.

There’s also a common assumption about time. It’s subconscious, but it really changes the affordances. When people fight, it’s a form of communication. Basically a conversation with fists and boots. Many good fighters are taken out in an assault because they subconsciously follow the conversation pattern– Fighter A does something and fighter B reacts and fighter A reacts… and in this pattern there are tiny pauses (a bad fighter waits for the pauses, a good fighter creates them) that signal whose turn it is.

This subconscious assumption of shared time isn’t true. Reliably you can take someone out– take ’em down, spin them prone and cuff them quickly and safely if you do it fast and decisively. Not because you’re that good or the technique is that good. If you act without the expected pauses, people working under the shared time illusion are subconsciously waiting for you to signal their turn to respond. Reading this, that sounds esoteric and intellectual, but it’s the best description I have of the difference between the force incidents that turned into fights and the ones (some of which were objectively more dangerous– weapons, etc.) which just ended in a heartbeat.

But that shared time is illusion. We don’t have time in a fight. I have time and you have time. If you are waiting for a pause, you aren’t using your time and become meat. And your ability or choice to use your time and how you will use it can and should (maybe) be completely independent of what I do with my time. Unless, of course, you are manipulating my time.

Not sure I can really explain this. Grapplers have a completely different understanding of moving a body than strikers, and it’s so subconscious it is really hard to explain simple things, like “make your hands sticky” to people who don’t know the feel. It’s kind of the same way with infighting and time.