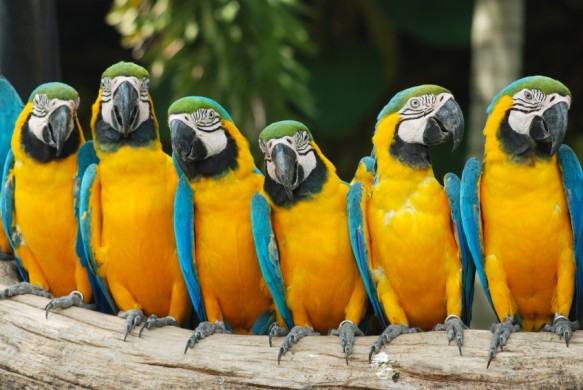 …something I have been trying to get people to understand is there ARE differences. Very important differences. Starting with who can be treated with, compromised with (reliably), who is over the sanity horizon, who is harmless and who you might have to shoot in the face.

Although I include that last option, I’m not just hoping it won’t come to that, but I’m working towards that goal.
Unfortunately, there’s a lot of tribalism, hostility, tension and “we’re right, you’re wrong” floating around out there right now. A lot of it is systemic, a lot is laziness, and a lot of it is it’s fun to hate. Hating has the added benefit of it makes people feel like they have power and control.

That is until it’s their blood on the floor too. Problem with that is by that time it’s a little too late.
One of the problems we’re dealing with — that I think is kind of systemic — is we like to think we’re educated/smart enough to understand things from soundbites. We’ve lost the idea that a conclusion is the result of thinking, analysis of factors, knowledge and understanding of a subject. Being able to parrot someone else’s conclusion isn’t the same as understanding the issue. If all someone is doing is parroting it’s not even knowledge, it’s belief. Which puts us a little too close a religion — secular or divine — and true believers.

I find this behavior rampant in Americans of all stripes. Which is disturbing because it’s not communicating, it’s shouting beliefs and dividing ourselves into tribes that are hostile towards each other, not just for thinking differently, but because the behaviors towards each other.

I recently had someone claim my wall is a Trump echo chamber. Odd because I just came out against what happened in Berkeley by the so-called ‘Trump Supporters.’ But I did so AFTER I looked into it to discover there were no permits and folks showed up knowing there’d be a violent reaction from BAMN and Antifa (Kind of like when Ariel Sharon took a stroll to Haram al-Sharif.) That was a “fuck you.” And it resulted in violence.
As such actions often do.

Here’s the thing, it’s not just black and white. It’s not just left or right. But there are people who are pushing — pushing hard — on selling that bullshit. They want to create an “Us vs. Them” and –unfortunately — a lot of people are buying into it. Once that bill of goods is sold, it’s easy to demonize the other side as a homogenized whole. When in fact, it’s an incredibly complex mix of different attitudes, ideologies and agendas.
In other words all kinds of differences.

Oddly enough, a lot of these differences can be worked out even between these arbitrarily assigned ‘sides.’ It requires a rapidly diminishing skill though, that of being able to listen.

It turns out –when people believe that a parroted conclusion is the same as knowing the subject– listening is harder to do. It’s a lot of work anyway, but when people ‘believe’ instead of know we’re operating from another part of our brain. A not-so-rational part, but a part that will set that logical part to the task of rationalizing WHY what we’re doing is ‘thinking’ and not believing.

“I don’t have beliefs! Those are unreliable! I’m better and smarter than that! What I’m saying is fact! It’s proven by science! I learned how to think in college!”

Really, so if you’re not parroting conclusions, walk me through the process you used to reach it.
You’ll find most people — of any stripe — can’t. But they will fight like hell to keep from having to admit that — especially to themselves. The fastest diversion from that is to go on the attack. To turn it into insults, condemnation, dismissal, strawmaning and — most of all — about ‘bigger issues.’ (For example it’s not about corruption, bloat, waste and politics involved in public school systems, it’s about being ‘Against education. Another example: it’s not about the legal protections of marriage it’s about ‘God’s law.) Like I said, it’s a common tactic on all sides.
It would be nice if people realized they’re mistaking beliefs for knowledge. But there’s a lot of ego involved in how smart we think we are. Especially when you realize how easy you are to manipulate if you’re telling yourself — not only that you’re right — but that you’re too smart to be fooled.

Because there’s a lot of manipulation going on by people who want you to think tribally.
The way people can start immunizing themselves is to sit down and walk yourself through the process you used to reach that ‘conclusion.’ What evidence did you review? What do you base that assumption on? Do you actually know or is it ‘Well I heard…” Do you allow for other factors? How is the conclusion altered if you allow for _____?
Once you’ve actually done this, you discover that many self-evident truths you’ve accepted aren’t as self-evident as you thought. I personally have found that it is only then that you can actually sit down and listen to points of view different than yours.

Now granted a lot of what you will hear is people parroting soundbites and priding themselves about how well informed they are (and how superior they are for having the ‘right’ way of thinking).
But just as often you’ll hear something from those who think differently that will make you say, “Oh I didn’t know that” or “I hadn’t factored that in.”

When we’re not quite so self-righteous and convinced we’re right in our it’s-not-a-belief-but-a-logical-conclusion-based- on-how-I’ve-heard-things-are, it’s actually a lot easier to sit down and treat with people who think differently. And to be able to do so without hostility or feeling threatened because that person believes differently.