This argument is “proved” by the use of examples where this situation was actually the case. The problem with this particular linear argument is that while A may lead to E sometimes, most of the time A doesn’t lead to E. Most people who look at other people don’t want to have a relationship with them. The missing aspect of this argument is what percentage of the time does A actually lead to B, and so forth? If each step in the process occurs 50% of the time. The chance of A leading to E is actually about 6%.

In the case of the above example, what is the chance that someone looking at you indicates that he or she wants to have a relationship with you? For most people, the odds are miniscule. But due to the fact that there are billions of people in the world constantly looking at each other, there are countless examples of A leading to E.

Another common line of thinking is that if you are assertive about setting a verbal boundary, the other person will not like you. If the other person doesn’t like you, then he or she will want to hurt you. If the other person wants to hurt you, then he or she will attack you. If he or she attacks you, then you will be seriously injured or killed. This argument is used by certain social advocates to show how (typically female) assertiveness leads to injury or death. And yes, it does happen. Assertiveness has led to injury and death. But once again, the real issue is not that it can happen, but what are the chances of it actually happening to you?

In the United States, there are approximately 235 million adults. Assume that each of these adults interact with an average of 20 other people per day. That makes close to 2 trillion human interactions per year of which 15,000 end in murder.  The odds of being killed in any one interaction is 1 in 750,000,000.

The previous example illustrates how linear thinking creates the impression that there are only two outcomes, either assertiveness leads to injury or death or it doesn’t. So why take the chance? When in fact, there are a multitude of outcomes that could result from being assertive.  Assertiveness is linked to happiness. On the other hand, non-assertiveness sometimes leads to injury and death. 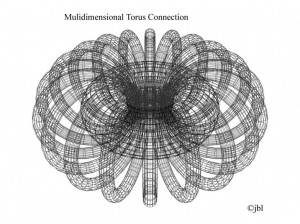