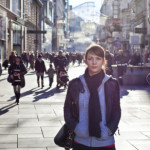 I read this yesterday and I’ve ‘sat with it’ (contemplated it). I did this so I could find if there’s a way to break my first response. Basically that’s me saying ‘What’s missing? What am I not seeing? What’s my bias? Am I wrong?” The answer remains the same,
“It’s called being human”

If you remove the staring at one’s breasts, a super-majority of everything in the article could be applied to men as well. Maybe not in that order, but mix it up. These same themes keep on coming up again and again — for everyone.
Now maybe it’s because I’m me, but there’s nothing on that list that I too haven’t dealt with. Often to extremes.
Concern for one’s safety from strangers? Yep. Being looked at like a sex object? Yep. (I have a female friend who calls it ‘looking for a scratching post.’) Being tuned out because of my sex/race/age/beliefs. Feeling marginalized. Being groped by strangers (it’s called wearing a kilt). Feeling both socially pressure and being caught by expectations to do things I didn’t want to. Biting back an response you want to scream at some arrogant, rude, asshole because of the consequences.

Yep, been there. Know it.
Are there certain issues that are far, far more endemic for women than men? Yes. But really that’s more manifestation. The same thing manifests differently for men. And like the article talks about, men don’t talk about it — especially to women. And I’ll be the first to admit this silence — from both sexes — adds to the toxicity of secrets and to the problems we as a society face. Problems that really exist because we CAN’T talk about these things and/or the responses that served us so well in the past have been stripped from us because of PC and enlightened humanism.

For example “Violence never solved anything” removes the answer of a woman wheeling around and slapping the guy who grabbed her ass. Straight up — as long as she announces — every other male in that environment is on her side. You may have thought of it as humiliation, but — speaking as a male — I assure you that the roaring laughter over your slap was a warning to him. A warning that said “You deserved it asshole and you’d better not react with violence –’cause we will do something.” I know because I was one of those who would do something. And we also knew to watch that asshole for the rest of the night in case he tried to get revenge on the woman.
These are things we knew then, but are not taught now.

I’m going to change tracks here. Some of the strongest people I have ever known in my life have been women. Strong people make up strong groups. Weak people in groups make weak groups. People who are taught to be individuals, but not taught how to be strong OR how to be in a group are both weak and alone. That makes them horribly vulnerable.

But there’s something t I find is far, far worse. That the stress an individual who has no group and believes he/she has to be able to do everything — except those icky and bothersome jobs (then someone else can do them) — is under.
Gee a guy staring at your boobs, really scary when you’re alone. Because there’s nothing between him and you but air.

But not when you have a clan or kinsmen around. Folks who will come a’runnin’ if you call out. That is something that we have lost. We no longer have the protections of the group — and that really stresses us out.
So yeah, like I said. There’s nothing in that article that is unique to anyone because we’re all humans living conditions unprecedented in human history. A time that life is better than it’s ever been, and yet we freak out over small things that really aren’t dangerous at all. Annoying as hell, but not dangerous.