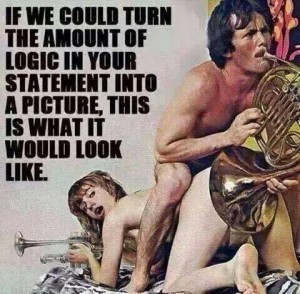 Let me re-frame something. We’re in the midst of infinity. Infinity is one big ass place. Like make-your-head-explode ‘big.’ Our beliefs are walls that keep us from having to see infinity. They block our view to help maintain our self-importance. After all we’re the kings of all we survey — even if it’s a small room. This is the power and importance of our beliefs… they define our universe and protect us. Often our beliefs about what we ‘know’ about the infinite aren’t windows, they’re like a painting of a landscape hanging on the wall. Inside the small room of our beliefs, we feel safe from the overwhelming power of the universe. Inside that small room WE have power. That is our universe.

Thing about these walls is we have to continue to remake them. We must constantly reinforce them. Otherwise, not just infinity, but facts, complexities and ‘actuality*’ knocks them down and we end up seeing beyond them. This is … uncomfortable for us. Even if we are only looking a little bit outside our framework of beliefs — and not gazing into infinity — we don’t like it. (That’s why paintings instead of windows.)

That’s the importance of a belief — and why we fight so hard to protect them. The need to be ‘right’ spurs us on to protect those walls. We need these walls to function in the middle of infinity. Among the many services they provide, they give us a sense of self. (There’s some debate if the ego builds these walls or is these walls. Either way, it’s hard to go through life confusing yourself with a refrigerator. )

But I’d like to take a look at that landscape painting on the wall. An interesting point is — at best (and I’m being kind) — omniscience is summary. By that I mean that person believes the painting is ALL there is about the subject. Every nuance, detail and truth is contained in and explained by that one painting. Therefore anything that doesn’t fit in that painting is wrong, a lie or doesn’t matter. This is one of the ways we protect our beliefs, which in turn protect our sanity from infinity. Oh and in case you haven’t figured it out, our ideologies are that picture.

Recognize that when you hear a ‘WTF?’ statement odds are beliefs — not facts or logic — are involved. Here’s the bitch. It could be that person’s beliefs or yours that are the problem. Probably it’s both. Either way, there’s belief protection going on and odds are it’s going to get louder real soon if you mistake your beliefs for all of infinity.

Another key is recognizing that in our modern faux-intellectual society, belief is a bad word. If you believe something you’re stupid, ignorant and most likely a knuckle dragging bigot (or an evil oppressor, which makes you fair game to attack). Belief isn’t enough, only ignorant yokels like you have beliefs. THEY have science, academia, intellect, logic and Humanistic philosophy as the basis of their – not opinions — but unquestionable truth about how the world is. So you get people who believe they are logically arguing for their position (because after all they’re too smart to have beliefs). When in fact, their ‘position’ is on par with the jpg.

Understanding why we need beliefs, is one of the keys to communicating. This especially with those of different belief systems (although sometimes the best you can do is coming to a compromise of you stay on your side of the fence…).

But the person whose beliefs you need to work on the most is you. Because to people of different beliefs your ‘logic’ makes you look like you’re in the jpg too.

*I make a distinction between reality and actuality. ‘Reality’ has turned into people’s subjective interpretation (mostly inside their head) about what they see, experience or believe happened — and why it happened. Actuality is what shows up on the security camera footage.