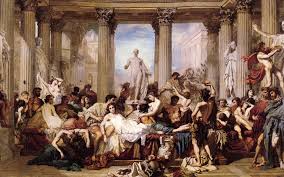 From what I see on my Facebook feed, there is a huge uptick people expressing their feelings of contempt.

Prior to the election, my image of a person expressing contempt was that of a teenager displaying her (or his) lack of interest in an activity with the facial expression of “that’s stupid” written all over her face. Who hasn’t experienced the teenager that knows nothing about the subject or activity at hand, yet feels that participation it is beneath him or her?

Now, when I think of a contemptuous person, all I need to do is think of a conservative and a liberal’s feelings for each other. Given that the majority of the United States population falls into either camp, that is a whole lot of people indulging in the pleasure of contempt.

Contempt is defined as the feeling that “a person or a thing is beneath consideration, worthless, or deserving scorn.”
Unlike anger, contempt requires a feeling of superiority. And it is this feeling of being better that provides the pleasure.

Think about the math for a moment. If feeling superior to one person feels good. Why not multiply the pleasure and feel superior to about half the people in the US? Not only that, you also get to bond with other people who feel as contemptuous as you.

Contempt destroys relationships and it destroys you. The United States of Contempt will be a failed nation. Contempt is born out of anger, frustration, and a lack of empathy for other people. Having contempt doesn’t make you a superior person. It is a lazy and hollow way to attempt to feel better about yourself. It is a toxin that reduces your ability to truly enjoy life.

Being contemptuous of large groups of people requires a tremendous amount of stereotyping, prejudice, and denial to keep it going. After all, if you feel superior to about half the people in the US based on their political beliefs, it is likely you about about as knowledgeable of those people as a teenager is about life experience.

The cure for toxic contempt is a dose of empathy. Truly superior people do not revel in smugness. They have the courage to learn about why the other side thinks and behaves as they do. Superior people are willing to take the risk that they are just as ordinary as everyone else. They are willing to forgo the joy of contempt and seek betterment through their actions not vicariously through their belief in the inferiority of others.

Contempt: A Hot Feeling Hidden under a Cold Jacket

Contempt: Poisoning Yourself & Your Relationship

On the Pleasure of Contempt