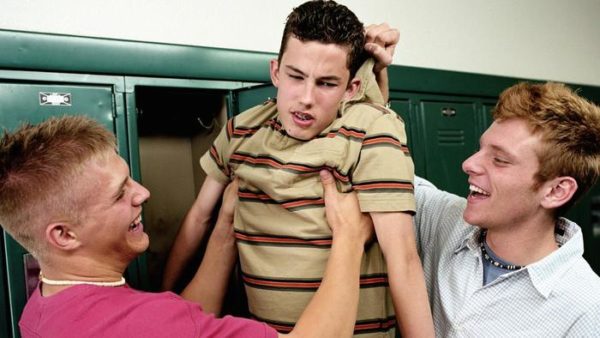 It’s a little more complicated than that.

Example A: You’re 30 and want to wear a Sailor Moon shirt at a comic book convention? Go ahead. Wearing it in the courtroom or a boardroom meeting? Not-so-much.

Example B: There’s a joke “A vegan, a Crossfitter and an athiest walk into a bar. Within two minutes everyone knows it.”
Example C: In the movie “Platoon” there’s a great line, “Relax O’Neil. You don’t have to be an asshole everyday of your life.”

If you go out of your way to fly your freak flag then often you cross a line between liking something to making a statement “This is who I am!” Okay good for you. If you feel the need to do that… well, whatever. Thing is these declaration often cross another line on the other side. That’s when it stops being a signal about you and into saying “Fuck you” to other people.

In other words, it’s a declaration of hatred and contempt for the world. And such declarations are likely to attract a bigger version of hatred. Even if it isn’t that far gone it can be a strong signal of “I’m so socially incompetent that I don’t know not to wear a pro-drug shirt into traffic court. (Unfortunately I’m not making this up.) If you’re an outsider, this can be interpreted as either a sign of contempt and insult to those in the environment OR it can get you targeted by another socially inept, often insecure person who doesn’t know how to behave.
On the other hand, what we think of as bullying is usually targeted at an individual who isn’t well entrenched within a strong group. Being a cross-eyed bear ISN’T a problem if

The group will protect you. The group will look out for you. I know of a long haired hippy freak who was a genius with computers. There was a military project that NEEDED him, no ands ifs or buts, he was the only guy who could do it. The general who commanded the base saw this freak and ordered him off the base. What happened was a comedy of errors where there was a conspiracy to keep the Hippy and the General from seeing each other. Like, the General comes in and out of this gate, so the Hippy uses this one. He doesn’t go to the mess hall, meals are prepared and brought to him. Eventually about 100 people got involved in “Hide-the-Hippy-from-the-General” game.

Thing is most people who are targeted don’t have the skills that make them this valuable to the group. Nor are they happy to accept the limitations put on them by a group. (“There’s a reason he can do that, but you can’t.” I’ve actually had to explain this to people. Usually people with poor skills and who don’t bring much to the table, yet who are complaining that someone else gets these benefits and they don’t.)

This makes bullying a lot more complicated than just “That meanie head is picking on me.”