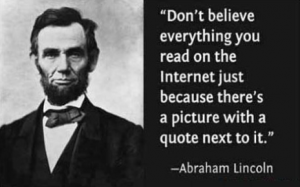 I was contacted by a young man whom my works had influenced. He’s developing his own work and asked about copyright infringement issues. My answer surprised even me….

Thing is why reinvent the wheel? If there’s a model I or anybody else uses just say ‘so-and-so calls it this,’ but ‘what’s-his-nuts calls it that.’

It’s actually a lot easier to take an existing model and say “So -and-so says this, While I agree with most of it, I disagree with this, this and this for these reasons.”  This does two things. First for people who don’t want to be in a cult, they say “Okay this guy has done his research.” Among other things, this boosts your credibility.

Second, it avoids copyright issues by making the work more scholarly. Someone cannot claim you ‘ripped them off’ (plagiarism/copyright) if you mention their work, explain their model and put on your own spin — as long as you distinguish which is which.

Let me give you a background on this before making my next point. Years ago I first heard of a new comer to the SD scene when someone told me this other dude claimed  I’d ripped him off. WTF? This dude was making noises that the reason my and some other big name’s stuff sounded so much like what he was saying is that we’d all  — somehow  — gotten a hold of and read his unpublished manuscripts. Manuscripts supposedly dating back to 1978  (See here’s the manual that idea was in and there’s the copyright sign on it — except that manual is written in a Microsoft Word font. Personal computers, much less Word didn’t exist back then). Now mind you, this is ALL of us who supposedly ripped him off.  Basically the dude was starting a cult. Later, he’d send his little cult members out to pick fights, start flame wars with these other instructors as

a) proof of their loyalty to him

b) to keep the competition busy

c) promote his name while tearing down others.

I refused to play. In response to his charges that I ‘ripped him off’ I pointed to both the registered copyrights of my books (as opposed to his self-produced manuals) and I could document my research. Given these, I told laughing boy’s minions that if he wanted to sue for copyright infringement we could meet in court — because my lawyer would have fun with him.  Funny, but the dude never took me up in that offer.

Still I was left dealing with this dude’s buttboys publicly demanding to know why our stuff sounded so much like his divine wisdom of the subject. That mixed with some other things going on resulted in two sayings:

“There are only so many ways to describe a shark. The descriptions are going to sound the same from the people who’ve actually seen them. This is a good thing because it means these are accurate descriptions. It’s when people start talking about sharks with horns, fur and fangs you know that person is making shit up.”

With that in mind, join me in a little reality break. If you teach bullshit, you’re going to get people killed. Not just your students when they run into a real shark (as opposed to a horned, fury shark). But also innocent people who your students freaked out on thinking they were a horned shark.

Way too many instructors aren’t teaching what it takes to survive out there. They’ve come up with sabertoothed, horned furry sharks to distinguish themselves from other instructors, appeal to the student’s vanity, fears and desire to be special. Basically what their student know is advertising. Advertising why this system is so great, advertising why they don’t need to go spend their money else where. And most of all advertising about how so-cool they are for know the truth about this mega-furred-shark.  And those lying fucks who are selling this shit are laughing all the way to the bank.

Or at least until they get someone killed.

This is a possible back cover of my new book

75% of the people I teach about violence and self-defense will never need to apply the information in this book. It is a hobby, a past-time and fun. Yay for fun and games!

Straight up, though — if it is fun and games — what they learn can be complete bullshit and it doesn’t matter. I tell you this because a lot of so-called ‘self-defense’ instructors have made a lot of money teaching either bullshit or self-help labeled as ‘self-defense.’

Of the remaining 25% I teach, 10% are in jobs or high risk situations where no nonsense information is applied daily.  I like teaching the 10% . They know bullshit can be fatal, but is more likely to be a legal nightmare. The 10% can immediately start applying this information to keep safe from danger — both physical and legal.

The remaining 15% are the folks who find themselves in a shitty situation. Situations where bullshit will get them killed. Or thrown into prison for illegal and/or excessive force. They’re the ones who are going to learn the hard way, there’s more to self-defense than just the physical.

This is a bigger issue than most people realize. Basically the fun, hobbyists don’t want to do all the work necessary to make it when the shit does hit the fan. And you know what? They don’t have to! But who in that 90% are going to be the ones that become that 15%? The ones whose only chance of not getting killed or going to prison is both solid information and them doing the work?

It’s keeping that 25% alive and out of prison that keeps me up at night. That’s what this book is about.

Straight up most of the differences among people who are providing legit information are more a matter of taxonomy.

If you know anything about biology, you know there are classifications (species, genus, family  http://en.wikipedia.org/wiki/Biological_classification

) What you may not know is how big and common squabbles are among biologists about which species belongs in what genus/family. For example are hippos related to pigs, rhinos or whales? (No shit, the answer will surprise you.)

Those kind of differences are what real instructors argue over. They see why the others divide things that way, but they divide things this way because (fill in the blank). It’s not that you’ve discovered new secret truths about the subject. If you’re claiming that, you’re marketing … not teaching people to survive.