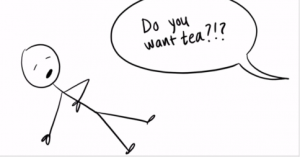 It’s very much a partial answer to a larger issue.

However, I think it overlooks some complicating factors.

One of which is the unconscious patterns of the bonding process and the messages we send while following it. One of the bigger requirements for the bonding process to happen is isolation. And going off into isolation with someone is a VERY big message in the process. (Look at the table on the page
http://www.nononsenseselfdefense.com/bonding_process.html )

It is really important that if you are going off into isolation with someone that your words, actions and the messages you are sending are consistent with your desires. That is a simple thing to say, but it’s way more complex than one might think. It’s very difficult to get across to younger women how many sexual messages they are sending out — as a lot of it is unconscious. This creates all kinds of problems with miscommunications – especially if they’re off in isolation.

The problem about teaching about understanding consent to men, is the mixed messages that are commonly sent. And that is in the best of circumstances. Let me give you an example. But to understand it know that going off into isolation and sitting and talking is a BIG part of the ‘interviewing’ each other in the bonding process. (While it might be viewed as the male trying to cut her out of the herd, she’s often leading the way. So this going off together is mutual and participatory.)

Going into a guy’s bedroom for this isolation is common. In our WSD classes my wife and I used to tell young women — “If you’re NOT going to have sex with him — or you haven’t decided yet — do NOT sit on his bed. Sit on the floor instead.”

It was disturbing the number of blank looks we got from younger women. That however was balanced by the number of older women nodding their heads faster than bobbleheads on the dashboard of a 4 wheelin’ jeep.

(This incidentally is why I am such a fan of men and women co-teaching WSD. Or as I used to say “Ladies, I have a confession. Everything I ever learned about women in the boys locker room was wrong.” ~wait as the swell of pride and “It’s about time a man admitted that” grew ~ “By the same standard however, what makes you think what you learned in the women’s lockerroom about men is any more correct?” Co-teaching allowed for both the male and female perspective to be presented straight from the horse’s mouth.)

I would then go onto explain that to a young woman it’s just a place to sit (and yes, I am quoting many women that I spoke to about this issue). To a male, however, she’s gotten into his ‘nest.’ And this is a BIG message. a message saying “I want to have sex with you.”

This is why the don’t go there if you don’t want to message is important. Especially to an also impaired male, — if there were a question — it would be, “Why would she crawl into my bed if she wasn’t going to have sex with me?

Here’s where it gets complicated. While it is true that “no means no,” It’s going to require a lot more effort to enforce a no when you’ve been going along and sending yes messages that were getting louder and louder. (Or of you prefer another analogy, increasing speed.) This especially if you DON’T know you’ve been sending yes messages.

A lot of people at this point start going on about the responsibility of the man to respect her wishes. Here’s where things start getting … problematic. And I’m going to just throw it out there for you to think about. The most intense violence occurs over betrayal. As humans, our brains shut down and we go feral. Start looking down that pathway and see how it could relate — or be interpreted as.

I give you that idea because sometimes the messages aren’t being unwittingly sent, but are in fact deliberately being sent — with no intention of having sex with him. I’m not talking about eye candy. I’m not talking about getting dressed up and going out to strut your stuff. I’m talking about using the promise of sex to get stuff and not delivering. This is a real party girl tactic — including getting free booze and food. Here is where we have to start answering the question of ‘if she wasn’t going to have sex with him, why’d she go off to his room with him’ with the answer ‘because she wanted free booze.’

Enforcing “No” in these kinds of situations is a lot more complicated. Including when she’s been actively reducing her capacities
http://www.nononsenseselfdefense.com/reduced_capacities.htm