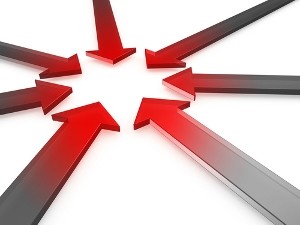 Philosophy. Nothing about survival or self-protection or self-defense or whatever you want to call it is difficult or unnatural. This is exactly the problem we were evolved to solve. Not being a victim is part of our deepest wiring. Mind, body and spirit have all the tools. This is not about forging warriors, this is about rehabilitating predators.

I can corroborate that eight ways from Sunday, as my dad used to say. Talk to any cop or bouncer who has ever had to fight an untrained woman for real and ask if they want to repeat the experience. ReadStrong on Defense and look at what the survivors did and the mindset they tapped into.That’s for me. But the students have to hear it too, and further, they have to be told a really ugly truth: Almost all of society is set up to perpetually brainwash them so that they never remember their own power.

The physical part isn’t hard. It’s breaking that damn social conditioning. Seriously, have you ever seen anyone keep fighting after a cupped-hand slap to the ear?  And how long does it take to master that? I’ve heard of one who kept going after a throat chop. Other strikes are far less reliable, but there is a solid core of ‘A’ techniques. And even if there wasn’t, there are these handy things called “tools”. Breaking people is not hard. Our ancestors solved that problem before they were even human.
Rephrase. It’s not physically hard. But the social conditioning gets in the way. Almost every officer I’ve debriefed who got hurt knew exactly what he needed to do, but somehow couldn’t make himself act. And that’s not even taking into account fear, surprise, or the fact that the bad guy will do his best to psychologically control the victims so they don’t fight back.
That is the hard part.

Understanding that most teaching methods work the wrong parts of the brain. Memory, rote, names and labels and techniques mean jack shit in chaos. Technique-based training is the easiest– for the teacher. And for administrators who need “measurable.” But it is possibly the worst possible way to teach people about chaos. Teaching, training, conditioning and play. Four ways to get things into a student’s mind and body. Each has a time and place, but each is also useless in other areas.

(And that might be a nice article– designing drills. Knowing the purpose; knowing which of the four methods are appropriate; checking for pollution e.g. thinking you’re using operant conditioning but critiquing turns it into training; and means testing to see if it worked.)

The partners need training as well. The attacks have to be attacks. You have to be able to project the physical and emotional intensity of grabbing a woman by the throat and slamming her into the wall. Those are the physics she must learn to deal with. That is a taste of the emotional environment in which she will have to deal with those physics. You have a responsibility to be a good bad guy for your partner.

And training tip of the week (or subtle student manipulation, if you want to look at it like that): “You must give your partners good attacks. I know that you’re good people and it’s hard for you. But if you attack them weak, or slow, or gently, you are literally endangering their lives. Do you want your partner to get hurt because you were so self-conscious you couldn’t help her prepare?”
What’s subtle about it? The reps of acting ferocious combined with the idea that you are being ferocious for the benefit of someone else will likely also make it easier to slip the leash if you need to for real.

Clear goals. Martial artists try to adapt martial arts to self-defense and usually think of the physical part as just fighting very hard. And fighting has almost nothing to do with it.

Avoidance is best, obviously. Not being chosen as a target, not being isolated if you do get chosen, not allowing yourself to be psychologically controlled. If it goes hands on, well… who would you take out? And how? Shoving down an old lady on a walker and going through her purse? Slamming a drunk tourist’s head into the pipe above the urinal? There’s almost nothing in the “fight” paradigm for the kinds of attacks that happen. It’s a qualitatively different problem. Using the medicine analogy, it’s like using a four-week antibiotics regimen for a severed femoral artery. Pre-hospital trauma care is a different skill than fighting disease.

If you know the problem, you can clarify the goals. When it must go hands on, the only sensible options are escape, disable, or control– and control pretty much only applies to people who have a duty to act and take people into custody. The body mechanics, as well as the mindsets, are very dissimilar between those three. And all are different from fighting. And, for martial artists, that’s the second biggest challenge. For most people, the big challenge is getting them to slip the leash and go hands on at all. For martial artists, it’s fighting their urge to stand and fight. To get to their preferred distance and orientation and have a duel.

Clarifying the goal, working the body mechanics of escape, for instance, makes the skills pretty easy to get down. But the emotional, social and mental parts are still hard.