A huge problem right now about this issue is that it’s become about money. BIG money.

First is I am a strong believer that any so-called expert, researcher or advocate for domestic violence needs to be forced to live in a trailer park for a year. That will curtail the problem between the interview approach and actual observation of the event that so plague the often agenda driven soft science ‘research’ that is used as a justification for draconian laws.

Second, while abuse is real the reason that this got blown up to a ‘crisis’ and warrants billions of dollars of funding every year is the deliberate blurring and confusing between the terms domestic violence (a participatory and illegal fight) and abuse.

Third, while mandatory arrest for domestic violence sounds like a good idea, when it was first passed the arrest rate ran 54/46 percent. Turns out women were slugging and attacking domestic partners just as much as men (Which again, anyone who lived in a trailer park could have told you…)

Fourth, Take a look at the link to the references I provided. These are in fact, the equivalent of proof of the Loch Ness monster, Bigfoot and the Toothfairy, in that they point out that female violence in domestic situations exists. Not only that, but is — at least –equal to male violence.

Fifth, because funding is not given to studies that do not produce the desired results — especially when it comes to a multibillion dollar a year industry, the fields that are used in support of the business of ‘males are the bad guys in domestic violence’ steadfastly refuse to do studies. (Or when studies are done that find contrary to popular dogma, they are either deep sixed or dismissed as agenda driven).

Sixth, and this is a real kick in the pants. With mandatory arrests, officer discretion is removed. The officer MUST arrest someone. However, IF these laws were equally arrested and prosecuted, the legal system would collapse from too many cases.

Yeah, the system needs to be reformed.

REFERENCES EXAMINING ASSAULTS BY WOMEN ON THEIR SPOUSES OR MALE PARTNERS:
AN ANNOTATED BIBLIOGRAPHY 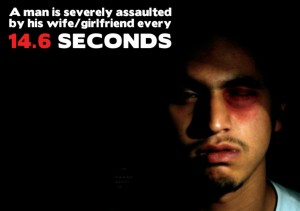