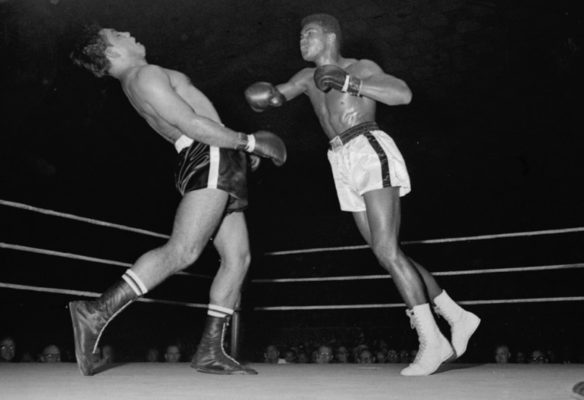 And today’s question was about ‘footwork’ — specifically what is footwork (followed by all kinds of “This style says do it this way, but this style says this” silliness from marketing driven ~cough cough~ ‘knowledge’ and claims about what style has the best footwork.
***
Footwork = mobility.
Mobility = well all kinds of things, but especially power and safety.
If I mentioned eskrimadors, I’m almost guaranteed to have mentioned OLD SCHOOL eskrimadors. Most modern stick jocks just stand there, flail and allow blows to land when their blocks fail. Put an actual blade in the hands of someone intent on killing them, and they’d be leaking on the floor.

As I have limited time, I’m only going to address the defensive aspect of footwork. I suggest you work on it and get it down pat before you even THINK of turning to the offensive aspects.

It wasn’t until I started working with steel swords that I realized what was missing from most impact based systems. I had a friend, a big guy who was a black belt in TKD. We often joked that he didn’t have hips. He moved very poorly despite his training.

One day we picked up swords and I went after him. He suddenly discovered he had hips and could MOVE!
He later admitted to me that since he was a big guy, he figured any impact … well, he could take it. So why move? It was when he saw a sword edge streaking at him that he realized, “I CAN’T TAKE THAT!” and he started moving. Really, really fast.

The extent of most people’s ‘movement’ is they stand there and maybe lean this way or that.
I demonstrate the flaw inherent in this by taking a sword, doing a downward chop and telling them I’m going to do the exact same move where they are standing. And they should only leave parts behind that they don’t mind getting chopped off. That’s when they recognize that the ‘easier’ lean, gets their heads and shoulders out of the way, but leaves their lower torso and legs in the same place — and about to get chopped off.
Footwork moves everything OUT of the way. It’s not leaning. It’s stepping out of the way.
AND it’s doing it in a way that you don’t trip, fall over and can take another step — in whatever direction you need to move next. (You can throw yourself to the side to avoid a strike, but be so out of balance and twisted, you can’t get out of the way of the next one.)

Footwork can also be viewed like this. There is a big X where the absolute most power and damaging effects of an attack will be delivered. (The old cartoon stchick about a safe falling.) Thing is that X follows you around. If it can catch up to you and you stay there long enough for the safe to fall, you’re going to be squished. Footwork gets you off the X before the safe lands. And even if you get a glancing hit, the full force isn’t delivered into you.

The trick is to get off the first X (that safe misses) and do it in such a way you can do the same with a second safe.
Don’t worry about how this style or that style does footwork and who has the ‘best.’ Right now just learn to get your ass off that X before the safe hits you.