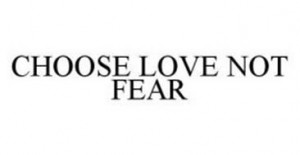 People are afraid of violence. And some of them make the choice to train to protect themselves from violence. But training isn’t free. Not financially, not physically, not emotionally.

I’ve been at the martial arts game since 1981. That will be thirty-three years this coming September. And right at twenty years of actual application– two years bouncing in a casino (probably only a dozen times it went hand to hand, we were pretty professional) 17 years in Corrections (somewhere in the 500-700 range for actual force incidents serious enough to require reports) and a year in Iraq (only one hand to hand encounter). Almost all of the serious injuries, the ones one pays for as they get older, came from training– the knee, elbow and all but one of the shoulder dislocations, the broken fingers, most of the concussions.

There is a physical cost to serious training, and the training that has the best chance of working when you need it plays on those edges. Without training at that intensity, the real encounters could have been much more debilitating. But I was going into special circumstances, where violence was a near-inevitability. I think the cost was worth it.

But for most people a decade of serious training will do more damage than most single encounters. And many, if not most people will not ever have a serious encounter.

We train to go home to our families, but I’ve spent at least 11,000 hours away from my family just for training. Not counting shifts or the time overseas or the traveling training now. That’s over 458 full days. Over a year and three months. If it was really about my family, wouldn’t the time have been better spent with the people I love?

No. Training for fear is bad math. For that matter, doing anything out of fear is almost always stupid in the long run.

This why you train, or at least why you should train: Because you love it. I don’t care what art you study, as long as you enjoy it. Anything that makes it a joy to move. Any class that you look forward to each day. I have seen people who sucked at supremely efficient arts and people who excelled at arts that didn’t fit my needs. But excelling is its own reward.

Spending $1200 a year to save the $100 dollars in your wallet doesn’t make any sense. But spending $1200 a year is less than a daily $5 mocha…and if you spend it doing things you enjoy, getting stronger, quicker and more flexible, getting smarter, and smacking around friends– what’s better than that? What better investment in yourself and your time can you make?

Injuries are more problematic, but you can play hard and safely. Most of the time. And there are lessons in pain and adapting to injury that pay off in other areas of your life. You are surrounded by people who have spent their lives avoiding discomfort. To face discomfort, and even embrace it, is a superpower. To learn that you can adapt even when your body is messed up puts many things into a perspective: You will adapt. You will win. That’s who you are. That’s what you do. And learning that is kind of cool.

11000 hours away from the people I love would be a lot. The thing was, the time was spent with people I love. The camaraderie and sheer fun of throwing friends through the air is pretty deep bonding. There is a reason why people like KJ and Steve say, “My brother in the arts.”

Friends, self-improvement, toughening and fun. Those are some damn good reasons.

Train. Everybody should train in something physical. But never out of fear. Train for love.

“I think one underlying concept here is “Trade off”. The trade off is the cost associated with “safety”. For the most part being unsafe is easier and less costly than being safe.

Increasing your safety from love reduces the associated trade off/cost.

Training out of fear is like starting a business out of greed. It rarely succeeds. You have to love what you do to be successful.”