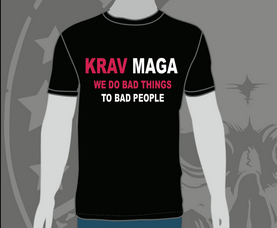 I had a conversation and an experience that clarified something very important. It has to do with heavy hitters and wanna-bes. And how to spot the difference.

Someone commented about how arrogant I am. My response was hell yes. In order to do what I did, I had to be arrogant. You don’t walk into situations where you know you could get killed without having brass balls.

At the same time, if you go walking into those situations you best have your shit wired tight — and on a whole range of details OTHER than being proud that you leave drag marks when you walk. In other words, actually being able to do shit is the second aspect.

Third, you PAY ATTENTION! When you’re into shit where the other side shoots back (or on bad days, you’re the one shooting back) you are both the hunter and the hunted — and that influences your behavior. But most of all it changes your awareness and subtle behaviors.

So the other day the wife and I came back from her doctor’s appointment and we went out to dinner. As we were sitting there some folks from the local Krav Maga school came in. Two of them were wearing school shirts that read “We do bad things to bad people” (Mind you that’s the 3rd Special Forces Group motto — people who actually do bad things to bad people, with close air support). They walked in oblivious.

Now to this day — that is to say old and mellow — I’m used to cops, criminals, vets, hard asses and killers walking in and ‘pinning me.’ Each recognize another hunter of humans in the area (Hell, I got this from the Sgt of Arms of a outlaw bike club three days ago in a local watering hole.) There’s a protocol of these chance encounters. Basically once everyone knows we’re not on the clock, everyone can relax and enjoy their meal.

The thing about the t-shirt bad asses is they had the swagger, but not the other two aspects. As they walked through the door, not one of them glanced over to the blind spot corner where an ambusher would position himself. Had they done so, they would have seen me watching them — which would have told them something else. Yet their shirts and attitudes proudly proclaimed they did bad things to bad people. This despite the fact that they had failed to meet a basic criteria. A criteria about as rudimentary as zipping up your fly.

It dawned on me that it’s either the presence or absence of the two other aspects that distinguishes pro’s from the wanna-bes. That’s how you can tell the posers from the actual meat eaters. Is there something else there than just arrogance.

The other point is the difference between a costume and a uniform. The red shirts (and if you get the reference, it’s appropriate) who were advertising what they do to bad people, were costumes. Clothing people wore to send a message. A message about how cool and competent they were.

Other people wear certain clothing as a uniform. They are communicating what they’ll do if pushed. It’s not a threat, it’s a courtesy. See the Sgt of Arms? Yeah, him and everyone dressed like him will react negatively to any misbehavior aimed at them. So don’t, just don’t.

Whereas I, quietly sitting there in the corner in my button up shirt, am going for complete camouflage. A camouflage that if you know what to look for, speaks volumes to pros. But to most it doesn’t even send a memo.

That’s the thing about just arrogance alone. That guy who is swaggering around thinking that there is no one else as bad assed as him, is going to move and behave really differently than someone who knows there are other people who are just as bad (if not worse) than him — and he may not get off the first shot.