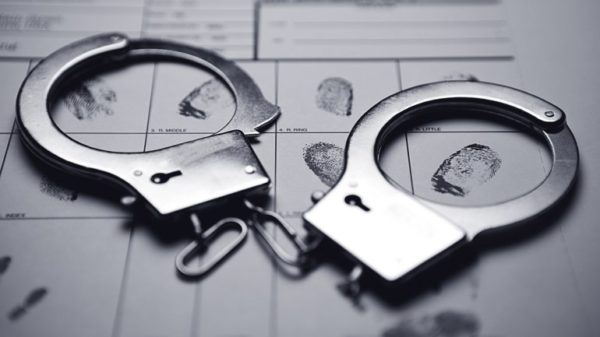 Once again someone asking about getting ‘arrested for self-defense.’

Years ago a friend of mine came up with four levels you have to succeed at in order to ‘win’ in a self-defense situation.

1 – You must be able to act (This means the first level is you must over come the freeze and be able to function ‘well’ while adrenalized.)

2- You must be able to stop the attacker (Hopefully minimizing the damage you take in the process.)

3- You must be cleared of criminal charges. (Or better yet not arrested at all.)

4 – You must be cleared of civil charges. (Beat getting sued.)

In other words you need to be prepared for four different fights. Now the good news, the things that will help you overcome the inherent ‘dangers’ in each of them is how well you understand the process of both violence and non-violence.

Take for example knowing that robbery is a predictable process. By that I mean it has certain stages it MUST go through in order for it to occur. These develop the conditions necessary to the goal (robbing you). Once you know this general process, you can spot it being developed in specific circumstances. That is to say knowing the overall strategy, you can see the tactics being used in a particular situation.

The trick is to spot them early enough. All kung fuing or quickdraw training aside, TIME (and to a lesser extent, distance) is what you need. He wants to take it from you, you need to make it. The more time (and distance) you have the more options you have — including shutting down the process before it turns physically violent. If THAT DOESN’T WORK that’s when physical violence becomes necessary.

1 – You hear “Excuse me” and turn around to find yourself looking down a gun barrel, what’s going to happen? You’re going to freeze. Odds are you won’t be able to break the freeze and act effectively before he blows your brains into a fine pink mist. On the other hand, you, enter an area and scan it. Nobody there? Fine, go about your business. Someone loitering? Maybe you want to pay attention to what he’s doing while you’re doing whatever you’re doing. Stop loitering and starts moving towards you? Okay, way not right. Try some evasive action. Oh wait, he just adjusted his course to intercept. Yeah, not good. Notice in this second example you’ve had time to mentally shift gears and reconfirm that something isn’t kosher. This shift is critical for being able to keep from freezing and being able to perform other than in panic mode.

2 – Different types of violence come bundled with typical tactics and degrees of danger. A big part of many types of robbery strategies is deception. They pretend the situation is normal, until they pull the weapon and rob you. This ‘normal act’ lends to the confusion of the victim and often prevents him/her from being able to respond effectively. Knowing what you’re facing — despite this deception — before hand is a big step in being able to overcome the threat.

3 – Here is where your question becomes more complex. You are legally allowed to act in self-defense. At the same time, there are many complications inherent in that statement. First off realize most violence is illegal. Short version, self-defense is legal, fighting is illegal. Second, the legal system is not the same thing as the law. Third, the legal system is set up to nail people for legal violence. Fourth, in most states life is given priority over property. Fifth there are prosecutors who’s approach is that ALL violence is a crime. They will find ANY excuse possible to prosecute no matter what happened. Sixth, this is made even more likely with the plea system. Seventh, prosecutor’s bosses are political animals who get re-elected, by getting convictions. I tell you all that so you can understand this:

The legal system DOESN’T care if there was a danger. What matters is how well you can explain why you ‘reasonably believed’ you had to act.

The reality is that you’ll have to do it while a professional at word games (and what it takes to arrest and convict you) is trying to trip you up. This is where being able to explain non-violence becomes critical. YOU HAVE to be able to explain why the non-violent option the prosecutor is trying to sell the jury WOULD NOT HAVE WORKED. (“Why did I not try to withdraw? I did. He followed. Why did I stop? Because a good faith effort to withdraw wasn’t working.”)

You question about the ‘right to defend yourself’ vs. being prosecuted is in this section. It’s really not about rights and the law, it’s about the legal system. And unfortunately the legal system in your area. I’ve seen the ‘somebody has to go to jail’ approach and I’ve seen it written off as “He needed killing” (in places where the prosecution knew there’s no way he/she could get a conviction). This variation makes your question impossible to answer the way you framed it. But know the better you are at explaining violence/non-violence the less likely you are to be arrested and prosecuted for self-defense.

4 – Everything I’ve said before but with a civil spin. The standards are different in civil court than they are in criminal. But again it boils down to how well you can explain:

a) all you did to try to avoid
b) why it wasn’t working
c) why you reasonably believed
d) field questions of a pro trying to trip you up.