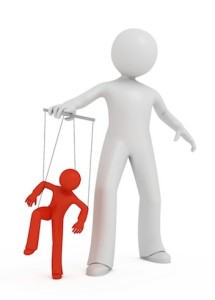 Not sure where I’m going with this. Bear with me.

You can look at almost any human interaction as one of these three things. From conversation to a fight, I am either trying to learn about you, influence you, or control you. There’s some overlap, primarily in that gathering intelligence should be an ongoing and instinctive process, present in all instances of control and influence.

Verbally, even small talk. You do gather information from small talk. Rarely the subject matter, and that may be the point. You gather information about how comfortable the person is socially and what level of connection they feel towards you. My high-functioning friends on the spectrum can be very smooth with small talk, as long as the script doesn’t deviate. And subject matter– small talk may be a natural counter-intelligence technique to avoid giving up important data.

Lots of talking, maybe most of all communication, is about influence. We are constantly trying to modify the behaviors of those around us. Consciously or not, you dress to either get a reaction or to avoid reactions. Even dressing to blend in is influencing others. Arguing, debate, persuasion, or the subtle manipulation of letting someone discover a thing… all are influence. All communication is manipulation.

Control is the removal of choices. Giving orders. Making ultimatums. Writing laws. It must be backed up with the power to enforce it OR applied to someone who has been thoroughly conditioned to obey. You herd sheep. You don’t bother to negotiate with them.

Unless you are dealing with a population conditioned to obedience, control may have quick responses, but it has long term costs. The relationship of equals becomes impossible. There must either be a power struggle or the power disparity grows until one of the populations is purely a victim, a slave. And when a controller tries to influence, tries to pretend that there is mutually equality, you will see the sick dynamic of victim grooming. They can only keep up the pretense of equality until the victim presumes upon it…

And all of this applies to battle at any scale. Every sensitivity drill in martial arts is about gathering information. The typical beat-degage-beat as an opening move in fencing will usually tell you if your opponent is strong or weak, quick or slow, aggressive or a counter-striker, sensitive or dull, brave or timid. A little training in chi sao and you should be able to touch your opponent’s forearm and now where his entire skeleton is located, where his weight and balance are, and where he is about to move.
You look to aim. We have to consciously program and practice the 360 scan. It goes all the way up to satellite imagery and analysis of open source news.

The pain-compliance levels of defensive tactics or going for a submission in sport or the shock-and-awe strategy are all influence. The bad guy could always ignore the pain and keep fighting. A submission can always go to a dislocation, if you have the will (and, aside, one of the purposes of having a ref to call it is so that people can avoid finding out if they have the will). But I’ve seen people fight with broken bones and dislocations. I’ve had sport fights, one consim training and one real force incident where my shoulder dislocated and I kept going.

And shock and awe. Looking too powerful to even fight. Making it look like submission is the only survivable option. Influence by adding information. The entire idea behind maneuver warfare, for that matter.

And control. No choices. Pulling the trigger (not always immediate, but the goal in shooting someone is to make it impossible for them to continue, not just change their attitude). Strangling someone out. The war of attrition.

Control is not always this grim. Handcuffs on the cop side. Pins (osaekomi waza) on the judo side– the point is you can’t escape.

So, how to use this paradigm?

Intelligence gathering should just become a habit. Every interaction with every person, whether watching someone walk on the sidewalk, a conversation with a friend or a stranger, a sparring match or a fire fight is an exercise in observing and learning. Don’t nut up on this. If you think in an ugly fight you’ll have better things to do than pay attention, it will probably end badly. You have to deal with what is happening, ergo you must know what is happening. Otherwise you are rolling the dice.

Be clear when you are intending to influence or control. You do it all the time anyway, try to do it consciously. The most dangerous mistake is to attempt to blend influence and control when control is required. If you are setting a boundary, it is not a conversation. (see Scaling Force for more on Boundary Setting and verbal responses to threats in general.)

Experiment in your training with manipulation. Maija does this with sword, I like doing it with unarmed– if you give a target too juicy to pass up, your opponent will exploit it in a predictable way. It’s how you set up an armbar, for instance.

Lastly, take a look at the communications aimed at you, at what goes on in the world around you. Who is trying to influence you? For what purpose? Who is trying to control you, taking away your choices?
This goes deep, and you will see people presenting their controls as mere influence or even kindness and their enemy’s arguments (influence) as life-threatening (control).