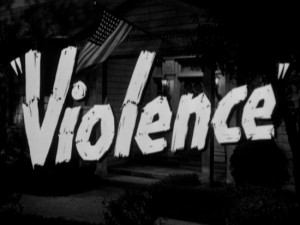 Many people think violence is simple because ‘stupid people’ do it.

When people do that, it’s not an assessment, it’s a value judgment and, at the same time, a dismissal. Fact is, it’s not really thinking at all. It’s an emotional, inductive decision made by the monkey brain based on beliefs. Then that decision is post hoc rationalized as to why that person is right about that decision. It has nothing to do with the actuality of the subject. Instead it’s about their subjective reality.

At it’s core violence is what it is. It is the result of complex factors, motivations and variables. It, by itself, is neither intelligent or stupid. That applies to the individuals involved in it. Oddly enough, violence is labeled as stupid mostly by people not doing it. Often in the form of a condemnation of both violence and the participants.

I cannot stress enough the subjective nature about whether violence is good/bad, smart/stupid. It is critical to realize though those ‘calls’ are from a moralizing, intuitive, belief holding, simplifying and generalizing part of our brain. A part that has already made up it’s mind, don’t confuse us with facts.

We’re right. Violence is bad. There’s nothing else that needs to be said about it.

No actually there is. A lot to be said. Including that the same rationalizations and inductive leaps about violence are being made by both sides. This is why I tell people if you’re using the same emotional processing and rationalizations about your violence as the person you’re claiming is a ‘bad guy’ for using violence, do us all a favor and don’t deny it.

Here’s a short model
Perceived need/want.
Would violence work to achieve it? Yes/No.
Cost/benefit analysis: Is it worth it? Yes/No.
If yes, go for it..

Now using this model you can see how both ‘smart’ and ‘stupid’ people can come to the same decision about the effectiveness of violence over radically different issues. From $50 shoes to dropping a nuke on Hiroshima to calling the cops on a bum squatting on your property (violence by proxy — a particularly common strategy of those who think only stupid people do violence.)

The simple fact is violence is part of the human condition. It is our own moralizing and self-justification about why our violence is good (or not violence at all) but those other people are stupid, evil and wrong about their violence that makes this subject not just an emotional hot button, but makes it hard for us to look at the subject objectively.