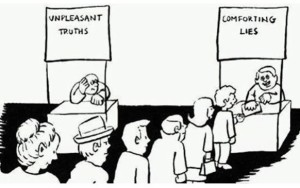 Here’s a fundamental problem, sooner or later judgement, morals, heuristics and biases ARE going to come into the equation. This especially if the case goes to court. The challenge is to avoid including those from the start.

However, let me tell you what I tell attorneys. I’ve looked into the Kitty Genovese case. That’s the woman who was supposedly murdered in New York City while 32 people watched from their apartments and did nothing. Her murder is the cornerstone for the squishy-social science theory of ‘bystander effect.’ I tell you this because straight up the story vs. the facts of the case only have three things in common. Kitty, murder and in NYC.

Basically it was late at night, she was attacked in the street, stabbed twice, the attacker ran away when she started screaming, only one witness looked out and saw the incident. He thought it was a domestic dispute and saw the attacker leaving. So he figured it was over. She went inside her apartment building where she collapsed in the entryway. Most people were asleep and either didn’t hear anything or looked out their apartment window after the guy had run off. So all they saw was a woman going into an apartment, so they went back to bed or whatever. The attacker returned and found her. There — out of sight and earshot — he raped and killed her.

But the story is soooooooo much better — because it blames society.

The reason I use this story as a teaching tool is because unless you were down at street level and saw the whole thing, your perspective is skewed You didn’t have any clear idea what was going on. What those few people who were awake ‘saw’ was either 1) a woman walking by herself into an apartment building. Any oddity about her movement could be because she was drunk (it was after bar closing time). 2) Maybe you’d heard yelling, got over to the window and from where you were you saw the woman and a guy running away. Okay easy to think whatever it was is over. Or 3) By the time you got out of bed and looked out your window you saw nothing. So much for 32 people watched a woman get raped and murdered and did nothing.

But that one guy who did see something from where he was looking down from his apartment he only could be described as an altercation. So he yelled ‘leave her alone’ not knowing she’d already been stabbed. When he ‘helped’ her attacker ran away. She got up and walked into an apartment building. Situation over right?

I use this story because our perceptions, biases and preconceived notions about violence are like looking down from our apartment window. The more of those we have starting out, the ‘higher’ the floor we’re on. What happened was down on the street, but we’re looking at it from multiple floors up AND from only one direction. But we are convinced we saw the whole thing and we understand it.

No, you’re only looking at it from one perspective and to fully understand it you have to set aside biases, prejudices, ideologies and most of all the Hollywood fantasies and the modern ‘violence is bad’ attitude that skews our thinking on the subject. To understand the dynamics and accurately assess what happened, we have to come out of our apartments, look at the situation from multiple directions down at street level. Go into different apartment buildings and take the elevator up to understand other people’s perspective on what they ‘saw’

Take a look at the comments in this thread. How many of them of them are people looking at it from the equivalent of their apartment window? Perspectives where certain assumptions are so ingrained that judgements are automatic and mistaken for absolute truths and facts. How many people can’t look at the events, just as this is what happened, these are common human dynamics, but instead it has to be about social justice, blame, deserving or not deserving, the injustice or horror of the event or what a fool red shirt was for provoking. All of these are perspectives from different floors of different buildings.

My original post was about setting up certain ‘high speed’ circumstances and then trying to get off that road too little, too late. And why such a strategy will commonly fail. There are a lot of violence dynamics that are going on in this video. Dynamics that being outraged or trying to assign guilt will keep us from seeing.

But here’s the problem with that. We WANT to blame someone. We want a simplistic … he’s right, they’re wrong summary. That’s because it allows us to not have to do skull sweat of actual analysis. We can argue about why our perspective is the TRUTH from the comfort and safety of our apartment. We never have to do all that work of thinking. We don’t have to leave our comfort zone, get on the elevator, go down to the street look at the situation from there and then go into other buildings and see it from other perspectives.