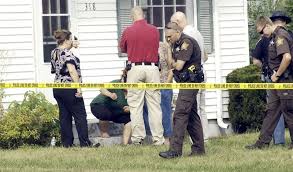 Before we proceed you need to realize an important issue: In the American court system, life is normally given priority over property.

This is why, in most states, you cannot shoot a thief running away with your property. Nor will you be allowed — again in most states — to shoot a person who has just robbed you and is running away. The immediate threat to your person has passed.

This page is not designed to offer legal advice. Nor should it be construed as such. It is however designed to acquaint you with a few of the more important factors that are involved in the subject use of deadly force. And why you need to consult with your attorney and receive training on this issue *before* you find yourself in a situation — much less court. Laws vary from state to state, country to country. Ignorance of the law – especially when it comes to using lethal force – is not a defense… anywhere.

Introduction to Use of Force

Critical decision
You need to make a serious decision right now. And that is decide if you are willing to use lethal force to protect yourself — because your life is on the line. Not threaten to use. Not “well it depends.” Not “well if I have to”. Nor is “can’t I just scare him away by waving it around?” an acceptable answer.

And if you choose yes, then you are accepting the responsibility that you will be acting with dedication and commitment to take another human life. If you ever do that, you will have to live with the repercussions and guilt for the rest of your life. And that is not easy. Therefore a ‘yes’ answer is not an act of bravado or macho, but a rational, calculated decision to take responsibility.

If you are not, that is an acceptable answer too. But recognize that it too has consequences.

However, it is important to realize that when it comes to robbery/ carjacking/ aggravated assault it can be, and often is, a life and death issue. You can either become a killer or be killed. And it can happen in a blink of an eye. If you have not made an informed decision before finding yourself in such a situation, then the odds are seriously against you being able to do it in the middle of a crisis. And by extension, the odds are against you being the one who will survive.

Self-defense plea: The pool has been peed in
Recognize right up front, that no matter what his motivations really were when he pulled the trigger, when he is facing the police, every scum bucket has claimed it was “self-defense.” In fact, there was one precedent setting case in California, were an armed robber claimed “it was self-defense” when the person he was attempting to rob pulled a gun to fight back and the robber shot him. Now maybe in whatever alternative reality he lives in stabbing someone fifteen time for insulting him is “self-defense” but that definition doesn’t hold water with the police, much less the courts.

Unfortunately, both sides claiming it was self-defense make up about 99% of the cases the police see. And it isn’t just one side lying, it’s usually both. That old clich?about “taking two to fight” is true. Which means in that same 99% both sides were actively fighting and are now not only blaming the other, but protesting their ‘innocence.’

Therefore, even in the most “clean shooting” it’s going to be an uphill battle trying to prove to the police and the courts that your actions were justified. And that your claims of self-defense are not just another case of someone trying to wiggle out of the repercussions of committing a murder. This battle is going to be even harder if you were doing something stupid/illegal/ borderline illegal /inflammatory or participatory. In otherwords if you were part of the problem. A problem that resulted in a body hitting the floor.

This is why you had better do your homework and discover exactly how narrow of a spectrum it is that you are legally allowed to use deadly force. And then make sure that your actions fall within those boundaries. Return to top of page

Immediate, means “at this very second.”
There is literally nothing more dangerous to you and your family than *not* understanding what is meant by “immediate” or “imminent” (depending on which term your state uses). This idea cuts through *all* emotions, fears, thoughts and suspicions and defines when you are – in the eyes of the law – justified to use lethal force.

If he isn’t trying to kill you right now, you aren’t justified to use lethal force.

It doesn’t matter if he is standing there screaming and threatening to kill you, or if has said that he is going to come back and get you or — in many states — has just pointed a gun at you, demanded your wallet and is now running away — those are not considered “immediate threat of death or grave bodily injury.” Because he isn’t trying to kill you at that exact moment.

Not understanding the meaning of this term will put you in prison for murder. At the very least it will endanger everything you own to litigation….and, odds are, you will lose if you pulled the trigger at the wrong time.

In theory, someone standing across the room waving a knife threatening to kill you isn’t offering you an immediate threat. Which means that you cannot legally shoot him. On the other hand, when he starts charging across the room, then you are in immediate and immanent danger of death or previous bodily harm. The reason being is that a knife is a close range weapon and by rushing at you, he is now capable of harming you. Now granted his brandishing the weapon in a threatening manner is in and of itself a crime, but not enough to warrant shooting him.

Now that is theory, in reality this is somewhat of a grey area. Not only does it depend on whose lawyer is better, but also the laws of the particular state (or country), what the legal precedents are there and what is the current local interpretation is. In one court you might be acquitted for shooting him while he is drawing the gun, whereas in others you will be convicted if you shoot before he has fired the first shot.

At the very best of times it is a very, very slippery slope.

Unfortunately, a situation that has spun so far out of control that deadly force was used, is very seldom the best of times.

Two citizens in dispute
You may look at a potential attacker and say “what a dirtbag.” You may even go so far as to rationalize that “he deserves whatever he gets” for attacking you. Not to be the bearer of bad tidings, but according to the Constitution he’s got the same rights as you do.

This brings us to the heart of the matter. It isn’t you (a heroic and innocent taxpaying citizen) and a dirtbag (a lifelong criminal whose execution would benefit society). In the eyes of the law it is “two citizens in dispute.”

And that is to say that nobody “deserves” anything without due process of the law.

People misbehave and do stupid and illegal things. That is an undisputable fact. Now the question before the court is which citizen was most out of line, you or him.?

Don’t think that the fact that you are a clean cut civilian or a woman will automatically indicate your innocence. That public pool also needs serious chlorine treatment for urine. In otherwords police are accustomed to seeing nice, white middle class people trying to score drugs from street corner drug dealers. And such deals often go wrong — as do any kind of drug deal.. Even if you are not familiar with the rising statistics of crimes (especially violent ones) committed by women, doesn’t mean that the police aren’t.

What all of this means is that if you find yourself in such a situation your actions will be seriously scrutinized for any misconduct or excess. And if there are any, then you will be treated like a criminal. More importantly, you will have broken the same laws and perpetrated on him the same wrongs he was trying to do to you.

Moreover, if you choose to carry a knife you need to know that such a weapon is considered a “thug’s weapon” in most cultures. And if you do use a knife on someone then you had damn well make sure that the wound pattern matches your claim of “self-defense.” Unfortunately, most training in stick and knife arts don’t take either issue into consideration. They are in fact, training you to end up in prison for murder. Return to top of page

Lethal Force Items
The bottom line is that you cannot use a ‘lethal force instrument’ on another person unless you yourself are — in essence — in the same degree of danger.

Putting that in plain English, if he punches you, you can’t pull a knife and carve him and claim it was ‘self-defense.’ You have have not defended your body from the immediate threat of death or grave bodily injury, you’ve used a weapon to win a fight. You especially need to be careful about using a so-called ‘tactical knife’). The reason for this is he was not offering you the same level of physical threat as you responded with. By pulling your weapon when there is no real danger to your person, you’ve escalated the situation. And that makes you the aggressor.

Judicious Use of Lethal Force
As mentioned elsewhere we tend not to endorse specific products or services, which means when we do it is something that we strongly believe in. One of these is Massad Ayoob’s Judicious use of lethal force seminar. We categorically recommend this program in either form. The first is a two day lecture on the legalities of using lethal force. The five day course is that as well as gun safety and shooting

If you are already a gun owner or carry a knife for “self-defense” then you highly advised to take these courses to protect yourself from criminal and civil charges. Although you can buy the DVD, it isn’t the same as attending the course. It is the best insurance that you can buy to protect your home and family. As many people who have lost everything in court to the very person they had to defend themselves against have discovered.