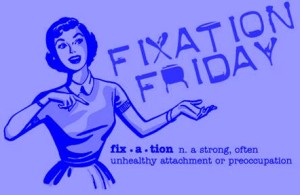 Yesterday, I was in the middle of a crowded bike ride in New York City, I had just rode off a curb in order to get from the sidewalk to the street when my gears started to rattle. I quickly pulled over and inspected my gear wheel. Sure enough, part of the derailleur was sagging over the gears. As I peddled forward, the derailleur would rub against the gear teeth causing the problem.

As I was trying to determine how to solve this problem, my friend came over and asked me what was going on. I explained how I had gone off the curb and how the impact must have dislodged the derailleur from its correct position. The issue was that even though I knew what happened, I had no idea how to fix it. In truth, I am not a “gear head” and this repair was beyond my ability.

“Erik, what about the cracked plastic piece on the chain roller by the pedal?” my friend said. “No, that’s not the problem”, I responded”. “It’s the derailleur”. It was very clear to me what had caused the problem, I just didn’t know how to fix it.

My friend hands me his knife as says “Erik, cut that piece off”. I give him an annoyed look and took the knife. As I sawed away at the plastic, I was thinking how this cutting is a waste of time. I knew what the real problem was. Low and behold, once the broken plastic was removed, the problem was solved. I was completely and utterly wrong.

I had created an entire story my head about what had caused the problem. How going off the curb had dislodged the derailleur. And now it was rubbing on the gears. I could “see” it. I was both blind and resistant to new information. But my friend hadn’t observed me going off the curb. He came upon me on the side of the road. He had no theory as to what caused the problem. I was fixated on the derailleur. He wasn’t. He had a fresh set of eyes. My observation was hopelessly biased by my internal script of causation.

What are some other scripts of causation? How about “Male Privilege”. This is a central theory of how Male Privilege effect’s all men’s behavior.

Note that Male Privilege is seen to effect and influence ALL men, not just SOME men.

Here is an article forwarded to me by a female friend of mine. We were just having a discussion on how to deal with [some] men who don’t seem to get the hint that it is time from them to go away.

Stop Saying “I Have A Boyfriend”

Now, I agree with much of what this female author is saying. And I think it is very unfortunate that she has to deal with this issue. But, I want to focus on what she considers to be the root “cause” of the problem.

“Male privilege is “I have a boyfriend” being the only thing that can actually stop someone from hitting on you because they respect another male-bodied person more than they respect your rejection/lack of interest.”

According to the post author, the “cause” of the problem is Male Privilege. And the only reason why “I have a boyfriend” works is due to Male Privilege. Thus, Male Privilege is deemed to be as certain as the Law of Gravity. Its existence explains all men’s actions.

But how do Male Privilegists know what ALL men are thinking at ALL times? How are they able to determine how Male Privilege effects all men, especially given that most of them don’t live the lives of men? They see some men from their own prospective Could it be that some women (and men) are fixated on blaming Male Privilege as being the cause of ALL men’s behaviors in relation to women?

Let’s assume for a moment that there is some other force that directs some men’s actions when dealing with women. Let’s call it Fear of Rejection. In this case, some men act in a manner designed reduce feeling the emotional pain of rejection. Instead of feeling the power and control of Male Privilege, they instead feel insecurity.

Therefore, when it appears they just have been, or are being, or are about to be rejected, they engage in a dysfunctional strategy to “save face“. This strategy entails appearing to not really care about the woman, to treat her as an object, to dehumanize her, to engage in unwanted banter, to call her a lesbian, to argue, to ignore her boundaries, to threaten her. The man does everything he can to transform the rejection into something else. In his mind, he didn’t care anyway. It was just a game. It’s her problem. She’s a bitch. All of these actions are designed to mask the fact that he has in fact been rejected.

Why might the phrase “I have a boyfriend” work for deterring some men for reasons that have nothing to do with Male Privilege as outlined above? How about the simplicity of the fact that it provides a face saving exit? The man can tell himself that he hasn’t been rejected after all. His ego remains intact. There has been no personal rejection. Or maybe, the man respects the woman. He realizes that she don’t want to be romantically pursued and he drops the issue.

If someone, male or female, provides you with unwanted romantic attention, setting a firm boundary with clear communication, and escalating responses is an effective methodology. Saying you have a boyfriend when in fact you do not, is a lie, and as such is by definition not clear communication. It ingrains habits of non-assertiveness. The direct assertive response is most likely to be the most effective response in these situations.