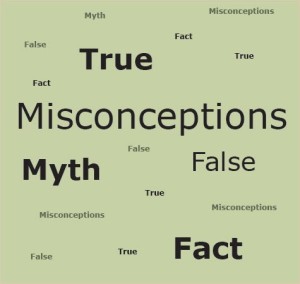 We are constantly contacted by people who ask simple questions that have no simple answers. In fact, these questions often have no truthful answer at all.

An example of such a question is: What kind of martial arts training should I take so I can defend my family and teach my kids self-defense?

These kind of questions are not based on knowledge and understanding ofviolence, crime or self-defense. They are based on what the person thinks he or she knows about those subjects. Although, in the person’s mind they all look like one big subject, they each are entirely different fields unto themselves. That example question actually covered about seventeen different topics.

When you say ‘defend your family’ we have to ask against what?

And while we’re on the subject what level are you talking about for your children? Do you want them to do a full tactical response on a schoolyard bully? (That’s called ‘a school shooting’ in case you missed it). Or, in wanting to help them stand up to bullies, do you want to teach them to take a karatestance against armed gang members?

And then someone asks ‘what’s the best martial art style for self-defense?’

Everything we have described happens on a daily basis. All of these are possible — and depending on your lifestyle, probable — scenarios. We are not joking when we say violence comes in many different levels. What’s more is we are serious as a heart attack when we say there is NO cure-all wunder-tool that will prepare you to handle everything that could happen.

It doesn’t matter if it is a martial art, a weekend long self-defense course or a shooting course. The issue is just far too complex for any one system to cover it all.

Tailor to YOUR Needs

Many people are daunted when they realize how huge and complex the subjects of crime and violence are. Suddenly all their imagined threats are swept away by much more terrifying real one. They’re afraid they’ll have to dedicate their lives learning ALL these different fields. But most of all, they fear that we’re going to try to sell them that lifelong program. Now that we’ve scared them, we offer the cure for that fear.

Not only no, but hell no.

First off, the primary purpose of this Website is to help you make informed decisions relevant to your lifestyle. Yes, we sell books and videos on a wide variety of subjects, but as much free information as we provide, there are still depths of the subject that we don’t cover. We simply can’t. As big and deep as this Website is, it is only an introduction to these topics. A greater depth of information is available in the select books that we carry. (And incidentally, when it comes to self-defense, there is nothing we carry that we would not stake — or haven’t already staked — our lives on it working). But not everything we carry is going to be germaine to your needs, your wants or your interests. We’re not going to try to sell you stuff you don’t need.

Second, the quote on the top of this page. Train for what happens most and you’ll be able to handle most of what happens. That statement applies to many areas of knowledge, understanding and training. However, the part it applies to most is your awareness of the kinds of dangers you are most likely to encounter!  That is to say, given your circumstances, what are you most likely to end up facing?

Once you’ve sat down and assessed that, then you don’t NEED to worry about everything else. What you need to focus on are coming up with workable strategies for the greatest likelihoods.

For example, the greatest occurrences of rapes happen to young women between 16 and 25. It is during this age range that women are both actively engaged in dating, establishing relationships, more likely to be associating with potential rapists and often engaging in high risk behavior (whether they believe it or not). While the potential for stranger rape is still there, they are in fact, at a far greater risk of acquaintance rape.

Whereas an older, more mature woman in a healthy, stable relationship, with a career and familial obligations is far less likely to engage in behaviors that put her at risk from acquaintance rape. A more realistic concern would be stranger rape. Fortunately the same strategies that work to prevent robbery and carjacking, also serve to prevent these kinds of sexual assaults. What’s more is that older women are often targeted by muggers because

A) They are viewed as less likely to try to resist

B) They are assumed to have more money than younger women.

There are two very distinct examples of tailoring research to your needs. You don’t need to know everything about everything, just know what is most likely to occur given your lifestyle. Face it, someone waiting on the train platform doesn’t have to worry about being carjacked, being mugged however is a whole different story.