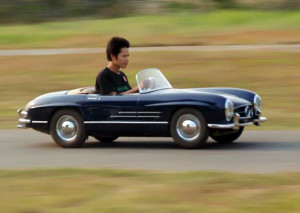 We’re going to take a weird sojourn through 17th-century French theater, an eyewitness account (names withheld) of an embarrassing demonstration, 10-day weather forecasts, and end (hopefully) with a point about taking drills too seriously.

First, a trip to the theater with an excerpt from Moliere’s The Bourgeois Gentleman, the premise of which is that a shopkeeper newly come into money decides that to be one of the upper-crust he needs to take great pains to “become cultured.” He engages numerous “culture instructors” who gladly take his money and leave him none the wiser or better cultured.

One of these “culture instructors” is a fencing master who teaches him a few basics in the form of a call-and-response pattern (sounding familiar?) Later, within the play, our cultured dupe decides to display what he know about fencing with an un-cultured person who knows nothing about fencing.

Mr. Jour: Goodness me! The fencing master seems to set your teeth on edge. Come here, and I will show you at once your senseless impertinence. (He asks for two foils, and gives one to Nicole.) Here, reason demonstrative the line of the body. When you thrust in quart, you have only to do so; and when you thrust in tierce, only to do so! That is the way never to be killed; and is it not a fine thing to be quite safe when one fights against anybody? There, thrust at me a little to try.

Nicole: You tell me to thrust at you.

Mr. Jour: Yes; but you thrust in tierce before thrusting at me in quart, and you haven’t the patience to wait till I parry.

Now, the eyewitness account (my own). In the distant past I observed a renowned instructor in the midst of a seminar-based video shoot ready to show a “fool-proof” top-saddle/mount escape. He hits his back, asks someone to mount him. The volunteer is simply a “Nicole,” by that I mean, he had no special training, just a good sort doing what he was asked to do by the man in charge.

Our “Nicole” takes the top position and our “instructor” does his thing which appeared to be a boisterous wiggle to which “Nicole” posts his hands on the mat and remains stubbornly on top. Our instructor tells “Nicole,” and I quote “You wouldn’t do that.” I and a few others present exchange looks with cocked eyebrows that say “Well, obviously he would.”

Instructor bucks again, Nicole does what he would not do yet again, and again is chastised. The third time is the charm as Nicole “behaves” properly and the fool-proof escape and scene from Moliere is now complete.

I’m sure we’ve all seen countless demonstrations of “if you do this, I’d do this to you.” Uh-huh, sure you would.

Yes, drills have their place to teach us a vocabulary, but often the rookie (and unfortunately some beyond that stage) behave as Mr. Jour and believes that the drill is the real thing- the map is not the territory.

The best drills make no predictions further than 2-3 tactical responses in, and even these are “best guesses.” Long-form drills, even if front-loaded with wise choices, become less wise as they continue.

Let’s look to meteorology for a lesson in why that might be the case.

Despite the horrible reputation and abundant bad jokes about weather prediction, in the short term meteorological predictions are quite accurate. Predictions in all other arenas (politics, war outcomes, fashion trends, the next “big thing”) these fail left and right. The weather predictions seeming more wrong than they are simply the result of the fact that they predict every day and when they do get it wrong we are reminded of it by the extraordinariness of the wrongness-the rained out picnic, for example. No one is taken to task for saying Johnny Depp’s next movie will be a big hit, as a theatrical bomb does not rain on our plans.

To see just how extraordinarily right weather predictions can be, keep screen shots of 2-3 day forecasts over the next two weeks and at the end of that period you’ll find that if you go back and compare the 2-3 day out predictions with what did occur you just may gain some new respect for the profession.

But in that same two weeks of keeping screen shots do the same thing for the 10-day forecast and see how often the 9th and 10th days were on target. Not so much, as a matter of fact a careful look at the screenshots will reveal that the extended forecast is constantly changing as new data comes in (and wisely so). In essence, the 10-day is eye-candy, where the real science is in the 2-3 day forecast being re-calibrated each and every day.

We would be far wiser if we constructed drills as meteorologists do, that is looking at all the real world data, making our best scientific guesses from there, and assume that we only might be right, not definitely right, and that’s only in maybe the first move, two, to three after if we’re lucky, and then re-calibrate and start the next short forecast.

We all become a bit un-cultured when like Mr. Jour we assume the drill is reality.