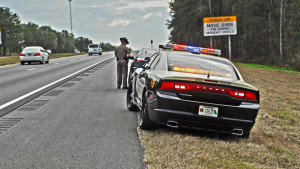 I was speaking with someone who personally knew one of the founders of what is known as the “Harvard Business Model.” One of this guy’s … mottos if you will … was “Hide the money making behind a noble cause.”

That has unfortunately become the elephant in the room regarding many, many subjects — going well past exclusivity to any political position (as in everyone is doing it).

One of the bigger problems we face is that our legal system has become very much about revenue generation. This whether it is for profit or for government.

I like to point to the Ferguson Missouri as a prime example. It is flat out true that 60% of the city’s income came from police tickets and fines. It was not however, an issue — as claimed — of racism. It’s more about a horrible, horrible tax base and the needed money to run the city government. See Ferguson has no industrial or manufacturing base. Unfortunately, it’s also such a pit that large chainstores refuse to open shop within the city limits. The major stores are either in other cities or on the very edge of the city limits (like on one side of the street). Doing business deep in the heart of Ferguson JUST ISN’T WORTH IT. The property values are horribly low because anybody who can afford to gets the hell out of there. While the unemployment levels are astronomical, free lance capitalism and the negative effects of it are high. And in case you missed it, drug dealers and junkies don’t pay taxes. So yes, the city income HAS to come from other places — in this case, excessive fines and citations.

Can the population afford it? No. But are they still going to demand public service? Yes. So now you’re in a vicious continuation cycle. The key word being continuation. It’s not causing the problem, but it certainly is perpetuating it.

But that’s not the point. The point is you don’t normally see this in places with a strong tax base because it doesn’t play such an obvious part in the local economy. But it does exist. For all the money that the city make in parking meter fees, WAY more money is made in parking tickets. Traffic tickets can easily run up to $500. A drunk driving charge often costs $10,000 if you take the plea in a large city. (It can cost you $20,000 to beat it).

And all of this is BEFORE you get to for profit prisons.