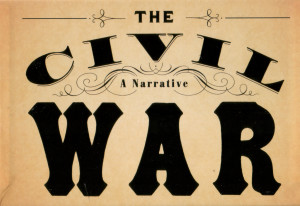 And for THIS I got called a liberal (Damn, that’s funny)
***

For the record. It’s way too easy to look at the subject of slavery from the position of humanism, post Civil Rights, post Civil War, and listen to politically correct soundbites.

Oooooh it’s so dangerous to say “Slavery is bad”

Back then there were some different attitudes. You can START to understand why the the Civil War came about by looking at imperialism, colonies and plantation system. Again, to our modern world ‘bad, bad, bad’ but back then VERY much an economic reality. A reality that was still happening in most of the world. We’d tried to break free from them and were still ironing out the details.

The Constitution was less than 70 years old. It was a completely new and untested form of government organization. And there were still some serious bugs to work out. (Hint, 70 years these day seems like soooooo long ago, but through out human history, political and social change didn’t happen that fast). So stop and think about what I’d just said “A completely new form of government…”

I tell you this because, from your comfortable little sound bite driven, humanistic based, public education, post-civil rights world it’s easy to feel both smug and morally superior about slavery. (And face it, elitist about those evil stupid crackers who ‘fought for slavery.’)

Bad news kiddies, there are two other ways to look at the issue of ‘slavery.’

Remove the whole knee jerk ‘humans aren’t property’ reaction. Because that is entirely a modern ideology. Yes you may believe it. Yes you may be offended by the concept. Yes, it’s a self-evident truth to you (now). GET OVER IT! Try using your brain cells for something other than keeping your ears from slapping together.

You want a fuller understanding the Civil War? Try taking this idea for a spin. The Federal Government walks into your house and says “Get out.” They don’t pay you, they don’t go through a legal process. They just walk in and say “This is no longer your house. Oh yeah, and all your other belongings? They ain’t yours either..”

And there ain’t shit you can do about it. No appeals, No law to fight back with. No checks and balances. No limitations on government power. So what do you do? You say to hell with it and you secede. (Oh wait, the Feds say you can’t do that either.)

Slavery was the casus belli. But it doesn’t mean what the way people are using it in this argument. Slavery was the tip of the iceberg on the deeper issues of states rights and property rights. If you look beyond the surface (or the fucking narrative) you see this.

Framing this in other terms, it was a fight over — Can the special interest controlled Federal government come in take things away from you and tell you what to do and to hell with what you think? Oh yeah, and force you to stay? North said yes. South said no.

Some other important considerations, fact is the plantation system was a bad economic model. So too was colonization. Basically they only benefited a few. Yet they didn’t completely die out until the middle of the 20th century. That was a dinosaur that was a long time dying.

(Oh yeah, and did you know the Slave Trade on the west coast of Africa was ended because of the tireless efforts of Christian whack jobs? It took them a couple of hundred years with their out-to- lunch “slavery is bad” message, but they changed enough minds to pressure European governments to act. Another fun fact, white people couldn’t survive longer than a few weeks inside Africa so the primary slavers were stronger African tribes and Arabs raiding weaker ones and taking prisoners. Yes, Blacks sold Blacks into slavery. (Why should they care? Those guys aren’t our tribe.) Still another fun fact, the — open — slave trade didn’t end on the east coast of Africa until the 20th century. Muslims were still doing it. So were the blacks selling other blacks to Muslims.)

While technology gradually replaced manual labor, the development of the cotton gin actually increased production and escalated slavery in the early part of the 19th century as the plantation owners really scored with the boom in the cotton market. In the meantime, slavery has serious negative economic impact on both the locale and the locals (look at the migration patterns of the 1840s -1850s.) So yeah, that’s something more than the Feds trying to come in and take your property, they’re telling you they’re shutting down your business and livelihood too.

Once you stop looking at it from a cookie-cutter humanist, a narrative and public education standpoints, all of a sudden the reasons for the Civil War get awfully complex, awfully deep and not so simplistic as just ‘slavery.’ What’s more you realize how strongly being born and raised in a Federalist controlled country has influenced your thinking on the subject.

There’s a reason the South called it the “War of Northern Aggression.” Were they right? Were they wrong? It’s not that simple.