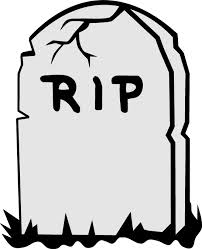 I often tell people “Self-defense is a small target in a big landscape of violence. It’s very easy to miss and missing has consequences” When it comes to use of lethal force that target gets way, way smaller. And the consequences become, much, much harsher.

In many ways we make a serious mistake when we separate moral, psychological, emotional, legal, social and faith issues when approaching this subject. Primarily because we tend to try and judge it from only one of those perspectives. Not only does one perspective gives us the wrong answer, but when we’ve chosen one as ‘most’ important we often dismiss other perspectives as unimportant. While on the internet we can argue our position in comfort, safety and self-righteousness, in reality, these ignored positions will rise up and bite us in the ass. Namely because that which we deemed, unimportant, just proved itself important and you’re unprepared.

But in another important consideration, we do have to separate these unique considerations and understand them individually. We have to do that before we can recombine them. This in order to assess the whole of the issue and how they influence it.

If your moral, ethical and faith standards are that killing is categorically wrong, then you’re going to have serious psychological issues if you choose to abandon those standards in order to live. Or you can choose to follow them and — if you’re lucky — die. (If you live you’re going to have to live with injury, crippling and trauma of not acting.)

Still, if your personal ideology allows for taking a human life to protect yours and others, then you’re still going to have to live with the aftermath of doing so. Not only have you violated one of the biggest social prohibitions, but there will be legal consequences (This is of course assuming you don’t know how to successfully dispose of a body.) This is not only going to put strain on you, but also your loved ones and the family finances.

All of this ignores the very real issue that most people overlook. That is let’s say that you allow that taking another human life in self-defense is justifiable. Well that’s just fine and dandy except for one thing. The biggest problem about using lethal force in self-defense is the conditions that you allow that it is justifiable just happen to contain that someone is actively trying to kill you. Believe me when I tell you this creates a whole new set of complications after you’ve worked your way through those other issues.