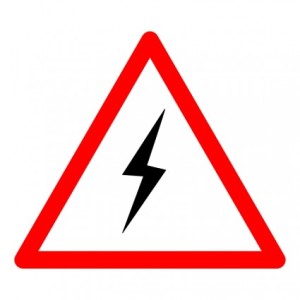 Power generation is one of the big mysteries. It seems that every time I get a handle on it, feel confident that I can explain what makes a hard hit hard, how to wallop somebody good, some joker comes along and shows me an entirely new way to hit hard. Over the years I’ve worked on hip rotation; hip snap; whip action; dead hand; drop step; cresting wave; crashing wave; bone conduction… many others. Some blend, some don’t. Some compound, and when you strike with a whip/rotation/snap/drop/wave it will break ribs through armor without effort.

There’s a lot there and it just occured to me today that it may be simpler than I think.

What if there are three basic things that can effect power delivery and all this confusion has been seeing too many things and thinking it is one? This might be confusing. Try to keep up.

What if there is only Power Generation, Power Stealing and Power Conservation?

Power Generation is what you can do with your muscles- push, pull, lift, twist. That’s it. You cannot generate any more power in a strike than you can press on a barbell. (Physics, of course, intrudes: smaller weight at faster speed can be more powerful, but…) These are the systems that emphasize hip action for a punch or fast whipping action in the hands. It’s good to maximize, but by itself is limited.

Power Stealing is making use of energy in the universe that you are not supplying. The wave actions and drop steps use gravity to put far more power in a strike than muscle can alone. A physically weak specimen who knows how to use sudden changes in weight and elevation can put far more energy into a strike than a muscular man can produce. Muscle produces energy, the other steals it. You can also increase power in your punch with timing- using the threat’s motion and momentum to add velocity to your attack. If you throw a good hook while he is stepping into it, he receives all the power you generated and adds the power inherent in his own movement… like a head-on collision versus a stationary object.

You could include environmental fighting in this- I’ve often said I’d rather make a Bad Guy flinch into a door jamb than hit him with my fist, but that’s a little off topic. Damage, but not neccessarily an increase in your power.

Power Conservation is structure. If I hit you with a steak, it’s a wet slap. If I hit you with a bone it might even penetrate flesh. Muscle is just meat. Left to it’s own devices, it flops. Bone is rigid. Rigid things transmit force better (more efficiently, less waste) than floppy things. The human body is composed of lots of bones and those bones are connected by joints and those joints are controlled by muscle.

Remember that for every force there is an equal and opposite reaction? Every time you fist goes out, the same amount of energy goes into the earth through your base (we’ve actually tried fighting in deep water- without the grounding, force is bled away as each strike pushes you back or starts you spinning). If the body in between the striking fist and the ground is rigid (not the same as stiff) the power conservation approaches perfection. If the body in between (this is you, the striker, not the target that we are discussing) has poor structure, energy bleeds away through each of the joints and muscles that are improperly aligned. This is why some very strong men (bench press monsters) hit so weakly.

The styles that focus on Power Conservation get called “internal” and some of the good instructors will explain that you are using bone and tendon instead of muscle.

No style uses just one, and I’m not sure of anyone who has taken any of these as far as they can go. This may not even be a good model- but I think it will help me analyze new ways as they come up.

There’s a vibrating contact strike that usually gets explained using very mystical language. You place your hand on the threat’s ribs (usually floating ribs to injure, upper chest to demo) and, without moving your arm or tensing muscles, send a shock wave into him. What is going on physically is a slight rise in your center of gravity that is allowed to fall (the distance can be so small as to be almost imperceptible). The weight, the energy is allowed to fall and bounce up through the contact with the ground (which must be the heels) down the bones into the contact hand. It is essentially stealing a very small amount of power and then transmitting it through very good structure. With bad structure, you get nothing at all and wind up pushing with muscle. Different feel.