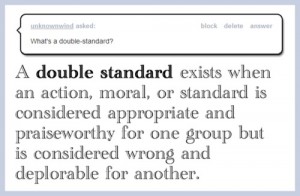 Before you read, watch…

I’ve long maintained that there is a significant difference between abuse and domestic violence. Abuse is abuse. But domestic violence is much more of a fight — participatory, consensual and mutual. As anyone who has ever lived in a trailer park, barrio or ‘hood can tell you, ‘Domestic violence, a game the whole family can play – and they do.’

But in order to inflate the numbers and turn abuse into a ‘crisis’ worthy of billions of dollars of funding, the numbers must be enhanced. The simplest way to do this is to make the two terms synonymous in your lexicon and use them interchangeably. Then the numbers rocket. But to maintain this ‘deception for a good cause,’ in your campaign to ‘educate’ the populace you must hyperfocus on the male violence and aggression dismiss influences like alcohol, drugs, female violence (verbal, emotional and physical), established behaviors and social and relationship dynamics. In short, in order to get funding, there has to be millions of helpless and weak women needing protection. (And of course you’re willing to take that job to raise awareness … and the funding.) But to maintain this crisis, you must be so vociferous in your re-education campaign that people doubt their own personal experiences and what they themselves have seen.

There are three very important statements made in this video that are critical insights into the realities of domestic violence. Realities that not only fly in the face of the propaganda about DV (what we are taught) but reveal — as was discussed in the video — the rampant double standards and sexism about DV.

#1 Women hit more — What they didn’t mention is that women are way more likely to be the initial physical aggressor. Female violence is one of those closed door issues in as much that while men are more likely to engage in physical violence in public and with a stranger, women’s violence tends to be more in private and targeted at people they know. (Although if the feel motivated enough, they will also commit violence against someone they know in public.)

The significance of hit more vs. more damage is one of those details that we are supposed to overlook when we are re-educated into correct thinking. In a significant number of cases: She starts it, he ends it.

This becomes incredibly important if a ‘primary/predominant aggressor’ rider has been attached to mandatory arrest. Originally when DV advocates got mandatory arrest laws passed they were embarrassed and appalled when the arrest rates were approximately 54% male to 46% female (a game the whole family…) That went against the helpless female narrative. So primary aggressor amendments were passed. The most common result being the person who did the most damage is arrested. Not who started it, not who attacked who and how much, but who did the greater damage.

#2 No ‘real’ threat — Wait, we haven’t left the watermelon stand yet. Despite the hyperbole about the ‘dangers to women’ DV poses, simply stated most violence is not, nor is it intended to be, lethal. This especially applies to ‘Social Violence.’ ( http://www.conflictcommunications.com/Socialviolence.htm

) In addition, most social violence isn’t even intended to be injurious.

Whereas, inflicting pain is very much part of the social violence process. Not as torture, but as a means to achieve other goals. These goals include punishment, stopping unacceptable behavior, rule enforcement, compliance and — this is going to set some people off — teaching. (Any parent who has swatted a child’s behind recognizes these applications — which is what I meant when I said “…must be so vociferous in your re-education campaign that people doubt their own personal experiences and what they themselves have seen.”

The significance of this is how it ties back to ‘no real threat’ Putting this into caveman survival terms, you don’t want to kill or injure someone of your tribe because it weakens the tribe. So the goal of this kind of violence is very seldom that extreme (except for example, executions).  This, regardless of whether it is a man or a woman committing the assault.

The problem is that we have been conditioned to believe that violence is ‘bad.’ This with the attachment that any violence committed by a male is dangerous. Oh hell while we’re attaching riders, how about that the only purpose of violence is to injure, kill or dominate and control. Whereas we figure a woman cannot do damage. Therefore — and here is where the mental gymnastics really come into play — what she’s doing isn’t really violence. Or if it is, it’s not a real threat. Or, if she’s been pushed to this ‘extreme’, then…

For the record, we have reached a level of mental gymnastics that is not only professional, but you have to be a contortionist to go there.  I say this because summing up a fundamental tenant of advocates ‘No woman ever deserves to have violence committed against her.’

Bypassing the judgmental standard of ‘deserves’ for the moment, there are two stealth extremes and one ‘uhhhh wait a minute’ concept in that saying.  The first extreme is ‘no.’ In one simple word, half the human race is given a free pass from the very human behavior of violence. The second extreme is ‘ever.’  Now I don’t know about you, but ‘ever’ covers just a little too much territory for me. Which brings us to the ‘wait a minute,’ notice in the phrasing of that slogan the term ‘committed against her?”  Kinda a one way street there ain’t it?

That’s okay though, we all know she’s no real threat to him. (Except I’ve never had a female co-worker come into work, shrug uncomfortably and when I asked what was wrong say “I think my husband stabbed me last night.” I have had a male co-worker say the equivalent). So we’re already off into la-la land and mental gymnastics.

But where the contortionist stuff really kicks into high gear is ‘deserving.’

Flat out, here is where we have the biggest, sexist double standard I know of. No matter WHO is the target of the physical assault, it’s the man’s fault. Either he is

a) the aggressor, at fault for trying to injure, dominate and punish the innocent woman or

b) he did something to deserve her beating on him.

Oddly enough, I don’t have a problem with this double standard. Yes, it is judgmental, bigoted, biased, unfair and opinionated double standard. So what? Life’s rough and, while we’re at it, unfair. What bothers me the most about this is that people who promote this illogical and twisted standard are absolutely convinced they are being logical and reasonable about it.

It often goes beyond just that. They consider themselves intelligent, enlightened and educated for thinking this way.  Being so right with god about how they think, anyone who dares to point out that their narrative has drifted from reality is the immediate targeted for emotional and verbal abuse.

You know the stuff they’re so strongly against?

Now if this video is a surprise to you, then you don’t know much about the ‘realities’ of violence. Conflict and violence are very human behaviors. Both men and women are active participants in them. There are all kinds of dynamics going on in the videos that are well worth discussing and understanding — including why people didn’t intervene.

But you can’t really begin to find working answers to the issue of violence (especially domestic)  if all you think you know about a subject has been custom crafted by folks who are getting funded for promoting a crisis.

*Self-eating watermelon — For those of you old enough to remember, a Catch 22. Fer you youngin’s a system or process based on an ideological contradiction and self-limiting processes. Remember this nursery rhyme?

Now imagine it done with politics and ideologies.