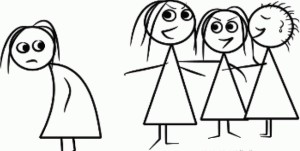 This is a response to someone asking about dealing with barking moonbats over social issues. I refer to them as social harpies (those who come screeching down and shut down discussion about important issues and/or maintain there is only ONE allowable dogma allowed).

I never ‘fight’ to change a fanatics mind. If anything, I’m arguing for the rest of the folks right to sit down, talk and solve problems without having the subject dominated by the barking moonbat. Who, if you let that person get away with it, will. A hundred people in the room and two moonbats without any checks and protocols then the only opinions you’re going to hear are the moonbats. I find this bad because I’m a big fan of sitting down to listen to other perspectives and finding out why someone is for or against something. That’s how I learn stuff that wasn’t recognized by where/how I was approaching the subject.

Here’s an issue. When we’re trying to hash things out, we have to factor in many different elements — including belief. Now belief is illogical, unprovable and subjective. Having said that it’s a huge element in how we humans are wired. So ignoring it, much less claiming that it doesn’t influence OUR thinking is like pretending gravity doesn’t exist.

To make effective decisions, find compromise and solutions we need facts, accurate assessments of problems and consideration about consequences of a course of action. You only get that by having people of different perspectives sitting down and hashing things out.

Unfortunately, facts, assessments and consideration are often dismissed by those in the grip of belief. Those in belief mode reject these and immediately personalize the issue and ascribe evil motivations to those who bring them up. Now if they go off and play with themselves with like minded people that’s one thing. In public forums however this results in bullying tactics and shutting down people trying to work things out.

People have been conditioned not to stand up to bullies these days. They don’t want to ‘fight’ because they’ll get in trouble … so they just pull away and the moonbats win the day. Not a good long term strategy that.

2 – If you’re fighting for the exclusive privilege of the only opinion to be voiced is your position, then you’re a bully

3 – If you stand up to bullies so other people may safely speak without fear of being attacked, you aren’t a problem, you’re much appreciated.

5 – The more practice you get standing up to bullies the easier it becomes and you toughen up.

7 – Taking a page from Sir B Liddel-Hart,* it’s a bully’s very belief in social pressure that makes them susceptible to it.

8 – Allowing for belief in a conversation keeps people from trying to hide it under the pretense of facts and rational thinking.

9 – Allowing for belief means that everyone else knows when someone is veering from facts, assessments and consideration into feelings, beliefs and conclusion.**

10 — When all of these happen the bully/moonbat sticks out like a sore thumb.

10a – people recognize their position is entirely based on belief, not fact

10b -Their behavior, complete disregard for everyone else’s input and contempt of anyone who doesn’t believe the same as they do becomes obvious. In many ways, it’s like flipping a light on to a cockroach, everyone sees it.

11 — You usually get one of two results from flipping the lights on. Either an “Elvis has left the building” or they tone it down and try to appear reasonable so people will still listen to them. Either way, problem solved.

An overwhelming majority of intellectual and ideological bullies are punks. They overwhelmingly rely on other people’s desire not to make a scene by standing up to them for breaking the social rules of behavior. And if someone does, they rely on the other person to engage in the same screaming, barking drooling behavior so that person will qualify as an asshole too.  (But that’s another discussion). That way the other person loses too. So they run rough shod over others, relying on those others not being willing or able to stand up to them and call them on their shit.

Now I’m not going to lie to you. The first few times will be rough. These people have a lot of experience with getting away with their bad behavior by cranking it up. Thing is I spoke about such folks in “In the Name of Self-Defense” and likened them to folks pulling it out and masturbating in public. It feels great to them and everyone getting upset with said behavior is part of their fun (and sense of power). Thing is, if you don’t whip your willy out and start doing the same, they’re actually pretty easy to deal with — without everyone thinking your just as big of an asshole.